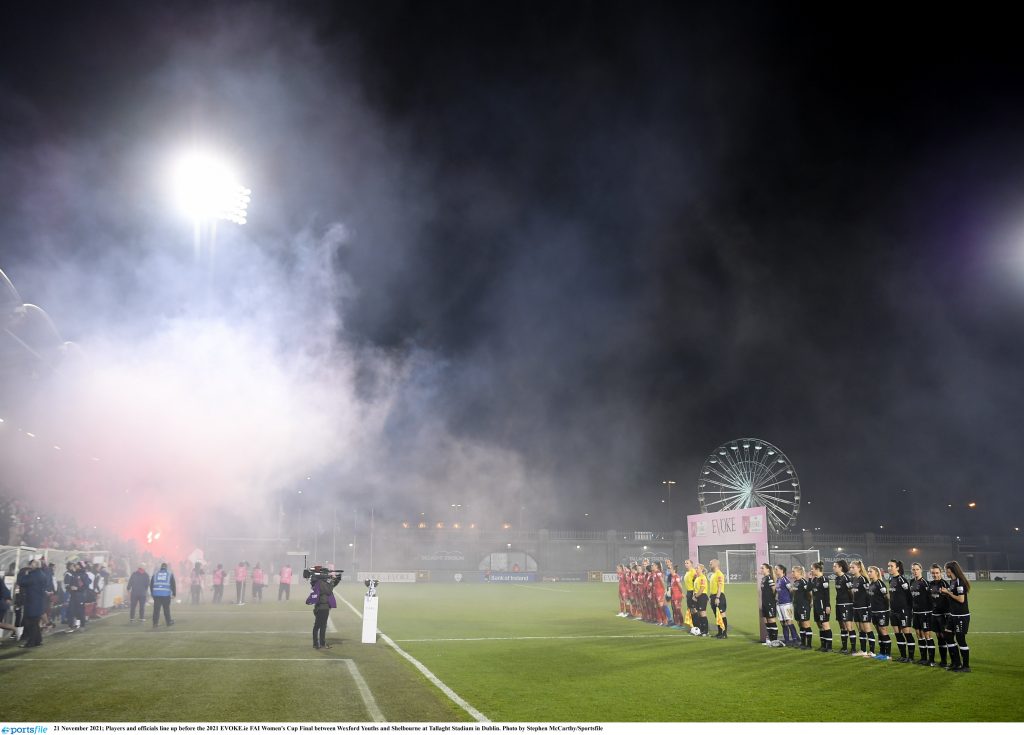 Shelbourne FC notes a report in the media that the Football Association of Ireland (FAI) has launched an investigation into the eligibility of a Wexford Youths WFC player’s appearance in the EVOKE.ie FAI Women’s Cup Final on Sunday.

We wish to confirm that Shelbourne FC has made no complaint to the FAI about this matter, nor do we intend to do so. In our opinion, while there may or may not have been an administrative error by Wexford Youths WFC in completing match day forms, we were beaten by the better team on the night and accept that defeat. We congratulate Wexford Youths on their victory.

We have a great Women’s National League side and are hugely proud of their performance and success in becoming Champions of Ireland this season. We look forward to participating in the UEFA Champions league next season and to further and bigger success in the future.