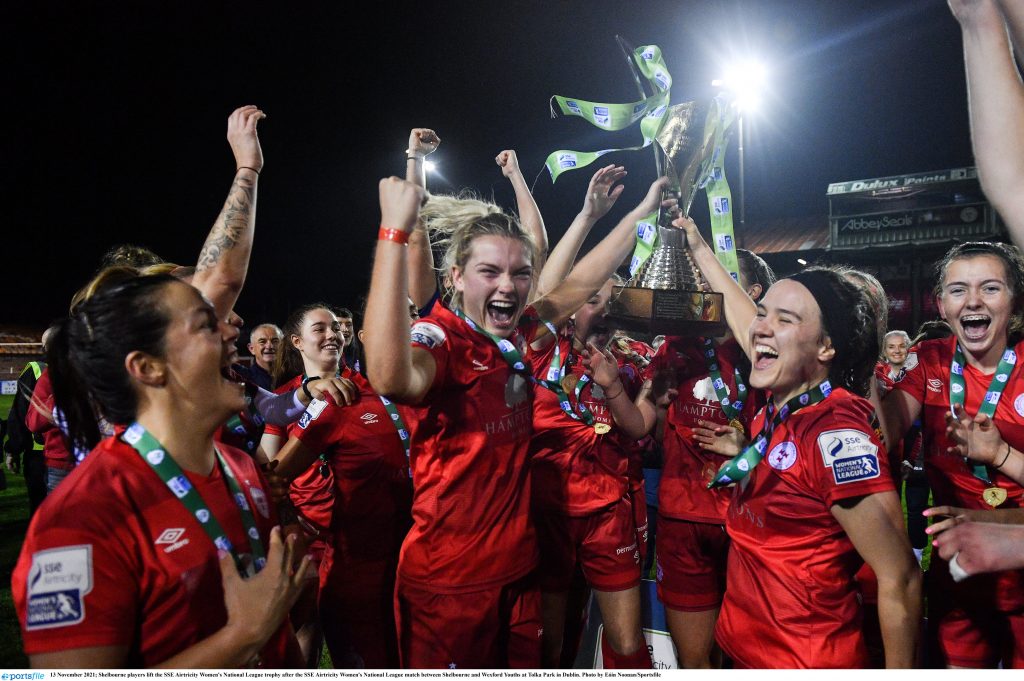 Shelbourne FC have announced they are offering free entry for all season ticket holders to attend the upcoming FAI Cup semi-final clash with Bohemian FC on Saturday, September 24th.

Attendances at Shels WNL games at Tolka Park have been increasing significantly over the last 12 months and the club would like to encourage all season tickets holders to avail of the opportunity to attend the Cup Semi Final game for free.

In support of the club’s continued commitment to growing the women’s game in Ireland, we would also like to extend the offer to attend the game free of charge to all members and current season ticket holders of Bohemian FC as well.

The club would like to remove any barriers to attend what will be a brilliant game and a special occasion. Traditionally, season tickets do not extend to cup games and separate tickets usually are required for the FAI Cup.

The winner of our tie with Bohs will face either the holders Wexford Youths or Athlone Town in the showpiece decider on November 6th at Tallaght Stadium.

Tickets will go on sale this week for €5 for adults, while students and U12s will be able to attend for free.