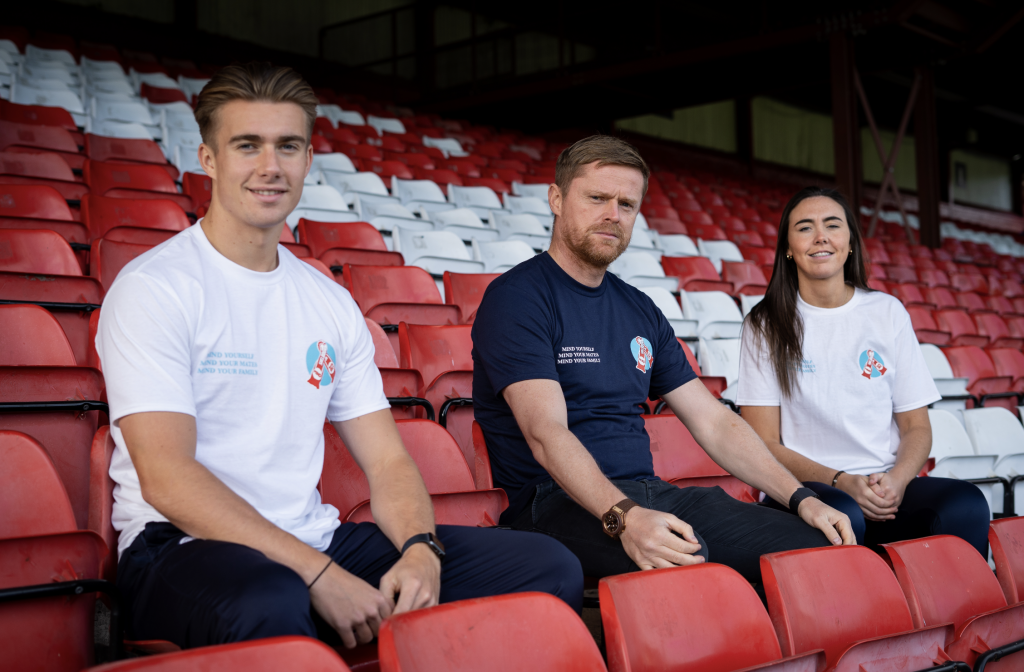 This launch of this new campaign takes place against a backdrop of extraordinarily high rates of mental health difficulties in Ireland.

According to Mental Health Ireland, 1 in 4 people will experience a mental health issue at some point in their life. A recent study shows that over 40% of the population experience difficulties and one in 10 people report a history of attempted suicide.

The same study revealed that only 16% of people in Ireland regularly take steps to look after their mental health, with 48% saying they should be talking about it more.

There will also be a special double shirt package if purchased from the Club Shop @ Tolka Park, a white t-shirt and navy t-shirt, on sale at a discounted price of €40, with the idea being those who purchase the bundle can give the second t-shirt to a friend or family member as a gift and as a means to encourage positive dialogue around mental health.

The new t-shirt features a design by Shels supporter and Dublin designer and artist Zoe Redmond on the left side, emblazoned on the right side is a message from a display Shelbourne FC supporters produced before the recent game against Bohemian FC, encouraging people to: Mind Yourself, Mind Your Mates, Mind Your Family.

The club would like to echo that important message and encourage anyone experiencing difficulties to seek the support of a friend, family member or trained professional. It always gets better. Help and support is on hand and nobody should suffer alone, in silence. Taking that first step towards getting support can be difficult. You may feel afraid or embarrassed but it will be the most positive move you can make.

Damien Duff, Head Coach, Shelbourne FC said: “I’m happy to support the campaign, it’s a very simple message but a very important one: ‘Mind yourself, mind your mates, mind your family’. Shels supporters look out for each other, it’s great to see. The recent fans display in the Riverside was very moving. It’s a powerful message and it sums up what this club is about.”

Mental health support and information can be found here: https://www.mentalhealthireland.ie/

For Emmo, Smurf, Paul, and all the Reds we have lost too young.