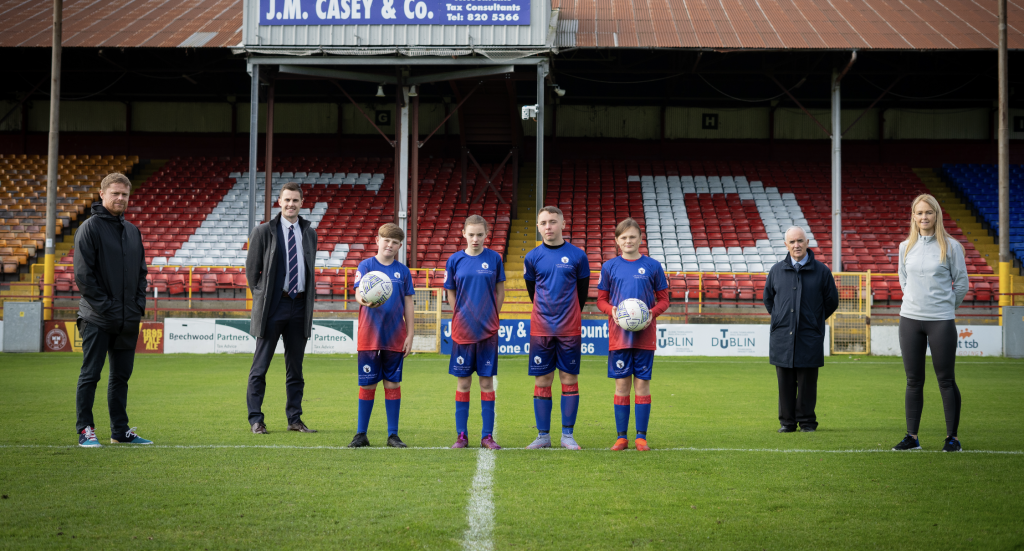 A group of 23 first year students – girls and boys – described by Larkin College as ‘a healthy mix of gender, ethnicity, talent and passion’ has been selected to spearhead the three-year programme that will capitalise on their love of football, using coaches and facilities provided by Shelbourne FC. The scheme will also have the support of the extensive mental and social health programmes already in place at Larkin Community College.

The initiative harks back to a project launched in 2001 by the inner city Dublin school and the Reds which then had the aim of keeping young people in secondary school. The new programme, while sharing the academic motivational objectives of its predecessor, has the added responsibilities of strengthening the integration of girls and boys from many different nationalities. Students may also study Physical Education as a Leaving Cert. subject in the Senior Cycle.

The Larkin / Shelbourne FC partnership is being funded by private sector donations and is being managed by a board of educators, business leaders and Shelbourne FC supporters.

Shelbourne FC will assume responsibility for the coaching and football development of the students. The young people who are part of the project are not obliged to join the club or any of its under-age teams. The promotion of pathways into careers in sports and fitness will be a defining feature of this football development programme.

Damien Duff, Shelbourne FC Head Coach said: “Sport can be such a positive force in a young person’s life, it can help teenagers develop vital skills that will stand to them later in life. From a health and wellness perspective it’s so important for not just physical health but the mental side as well, this is a very important partnership for the club.”