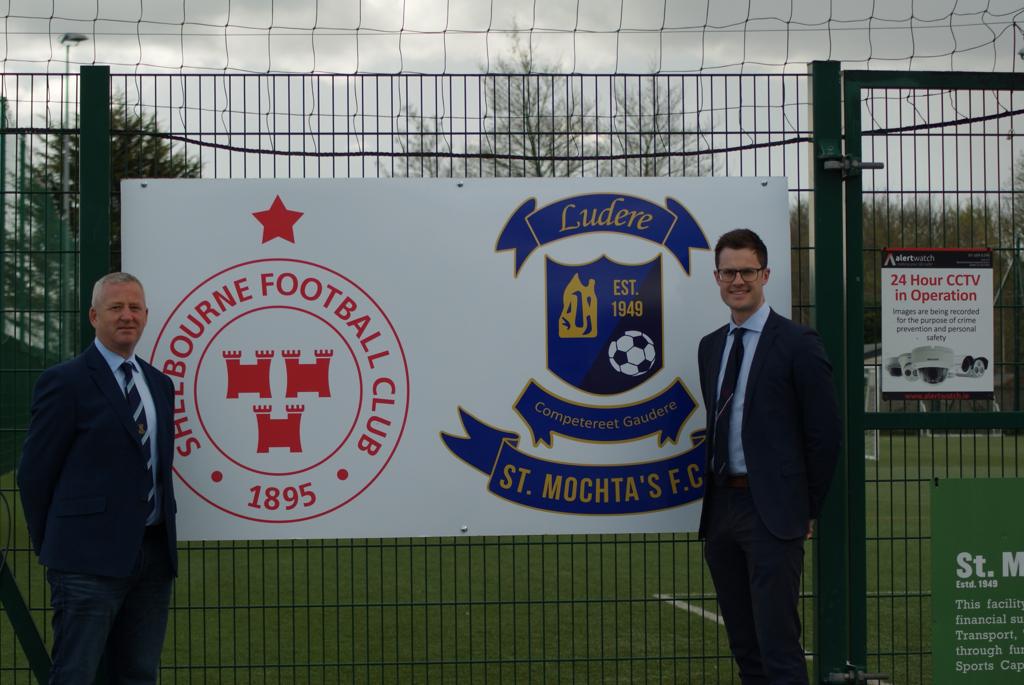 Shelbourne FC and St Mochta’s Football Club are delighted to announce an exciting multi-faceted partnership agreement which will include a number of mutually beneficial football and community-based opportunities.

Both Clubs have long standing histories of football development in Dublin and are excited about building on shared values and ambitions to help the continued growth of both Clubs.

This exciting new partnership, will include a number of mutually beneficial football related elements and will provide opportunities for players in St Mochta’s who have ambitions to play in the underage National Leagues to pursue these pathways.

The partnership will also see St Mochta’s become Community Partners of Shelbourne FC’s Reds Together community programme, as Shelbourne FC will extend its resources to support the continued promotion of positive health, wellbeing and participation in football.

Colm Barron, Academy Director of Shelbourne FC, said: “We’re delighted to announce this significant new partnership with one of Dublin’s most well-known and successful football clubs. Throughout our conversations, we are excited to see our shared values and ambition for both Clubs in what is an exciting time for each Club. There is a wealth of talented players and coaches as well as members within St Mochta’s and this is one of the most exciting parts of the agreement as we get to work together. We look forward to seeing how the partnership develops and what the future has in-store for both clubs.”

David O’Connor, CEO of Shelbourne FC said: “We are very excited to be able to announce this partnership today, with one of Dublin’s most successful and well-run clubs. As with any partnership, shared values and trust are integral, and that is why we believe that this partnership will be one which will be of significant benefit to both clubs and our wider communities.”

Trevor Nulty, Chairman of St. Mochta’s FC said: “We are delighted to announce this partnership and see this is a really great development to allow us to enhance our role in the community and provide opportunities to our players and coaches to further their football education and also provide greater wider societal impacts. I am personally excited at the potential benefits this partnership will bring to our club and our members and we look forward to developing the partnership over the years to come”