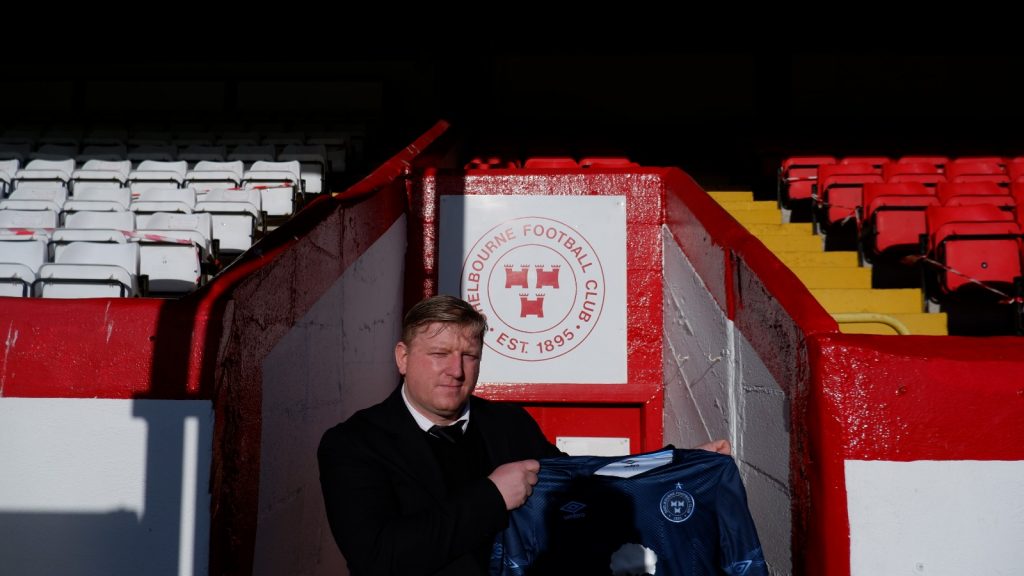 Shelbourne Football Club is delighted to announce Alan Caffrey as Sporting and Technical Director at the club.

Alan will be responsible for the performance of the club’s overall football departments and will look forward to working in conjunction with first team managers Ian Morris and Noel King.

The Dubliner will lead the footballing operations at the club and look to build on the solid foundations put in place by Director of Football Operations David Henderson, Academy directors Stephen Henderson and Stephen Mulhern.

Caffrey’s reputation is formed through developing a large level of talent during his time at the Dublin schoolboy club, overseeing the formative years of players such as Robbie Brady, Jeff Hendrick, Dara O’Shea and Jack Byrne.

His role will oversee the entire football operations of the club containing our two senior SSE Airtricity League teams as well as our boys and girls sections of the Shelbourne FC Youth Academy.

“It’s a role I’ve always been interested in. I’ve been planning it myself for five years. The role is a massive part of developing football clubs the right way. I’ve been around football clubs around here and in Europe and there’s a huge opportunity,” he told shelbournefc.ie.

“It’s so important for Irish football as well as here,” he added.

The former West Bromwich Albion Assistant Academy Director said he has “kept a close eye” on developments at Shels in recent years.

“I’ve seen the club’s plans and Dave Henderson, Stephen Henderson and all the coaches have done a great job to get it this far.

“The foundation is there, I look forward to building on it. It’s not about me, it’s a team of people, whether it be the playing staff or at board level. We’re all football people.

“I aim to bring everyone together, to facilitate ideas together along with my own. The aim is to build a football club in a very different way than ever before in this country,” he added.

Shelbourne CEO David O’Connor said: “I am incredibly excited to be able to announce Alan Caffrey as the clubs Technical Director. This is a new role, and is a statement of intent in our ambitious plans as a club.

“Alan is a person of the highest caliber. His track record in underage Irish football speaks for itself, he depth of knowledge is second to none, but even more encouraging is the enthusiasm, drive and desire that he has shown in taking on this role. Alan will be an fantastic addition to the entire club.

“The creation of the Sporting and Technical Director role is of strategic importance for the club and is one which we believe will drive the club forward in an upward trajectory.

“We have made massive strides as a club over the course of the past number of years, in particular through incredible work in our academy structures.

“The progress that we have seen over the past 18 months in our academy structures, boys and girls, has been astonishing and is a testament to people like Stephen Henderson, Dave Henderson, the schoolboy and schoolgirl committees and the dozens of coaches, managers and volunteers that have been the backbone of all of the progress that has been made.

“This new role will only benefit, enhance and add to that progress and Alan is already really looking forward to working with everyone in helping to continue to build upon the great work that had been done.

“Alan will also provide a central point of contact between our academy structures and our senior structures, something which we believe will be central in this role.

“In his role as Sporting and Technical Director, Alan will work closely with both Ian Morris and Noel King, and both of their respective back room staff, in ensuring that both of our senior teams continue to achieve sustained success on the pitch, and hopefully some trophies along the way! We all welcome Alan to the club and look forward to working closely with him”