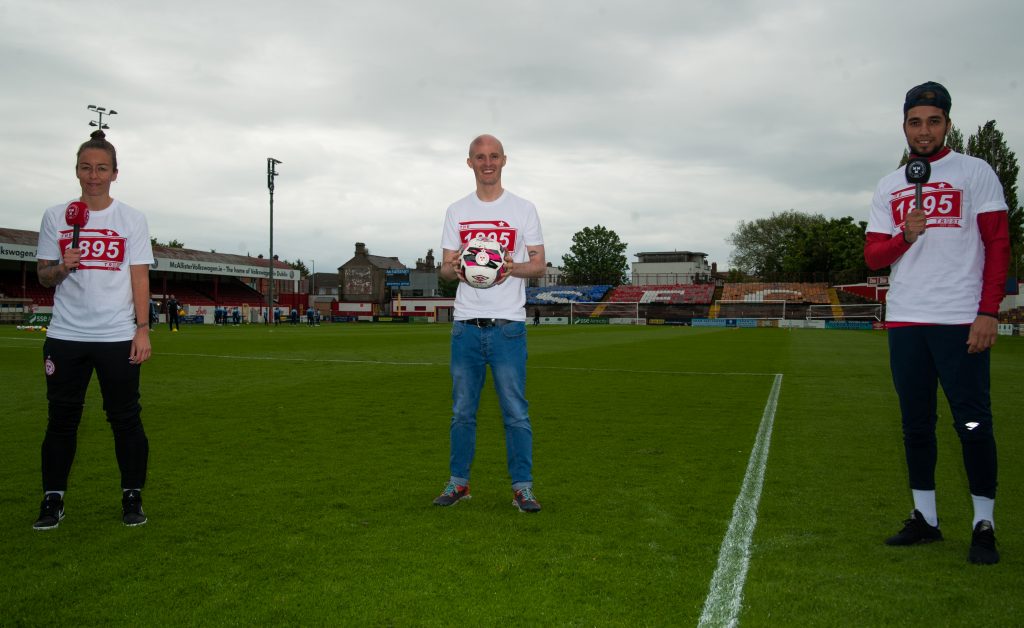 May 24, 2021: Shelbourne FC is delighted to announce The 1895 Trust as an official club partner and sponsor of our media service for the 2021 season.

The 1895 Trust will now provide capital to purchase world-class audio and visual equipment to enhance Shelbourne’s live SSE Airtricity League match coverage on LOITV for both the men’s and women’s teams.

The club will be able to utilise this equipment, which includes industry standard commentator microphones and video paraphernalia, for their underage teams, as well as The 1895 Podcast, The 1895 Post-Match Show and other digital content produced by the club.

The 1895 Trust is an independent supporter’s trust founded by Shelbourne FC fans in October 2012.

The 1895 Trust’s logo will feature prominently on the club’s digital media offering, including on live LOITV coverage of our SSE Airtricity League First Division and Women’s National League games.

The 1895 Trust is also announcing the opening of its first membership drive since it reactivated in 2020.

A range of subscription models are available for fans of all means. In addition, The 1895 Trust has attractive membership packages which offer unique merchandise for fans who commit to a year’s subscription. Interested fans can sign up by visiting https://the1895trust.com/join/

Martin Grehan, Chairman of The 1895 Trust said: “We are delighted to facilitate a vital service for Shelbourne supporters. With fans left with no choice but to watch from afar the virtual match experience is all they have, so ensuring it is delivered to the highest possible professional standards is so important. I’d also like to pass on my thanks to members, both new and old, who enthusiastically backed funding this partnership.”

Shelbourne FC Chief Executive Officer David O’Connor said: “We are incredibly excited to have The 1895 Trust on board as a club partner for the 2021 season. Shelbourne fans have been pivotal to the stabilisation and growth of the club over the last number of seasons. It is brilliant to see the group of Shelbourne fans that make up The 1895 Trust, partner with the club to give us the tools to improve the virtual match experience for all Shelbourne supporters.

“The support of The 1895 Trust has allowed the club to invest in top of the range broadcast equipment, but it’s important to note that this service is maintained and operated by a team of dedicated volunteers. Sincere thanks to Gavin White, Simon Crowe, Darren Cleary, Steven Doody, Shane Dawson, Adam Fahy, and Eoin Smith without whom it would not be possible,” he added.