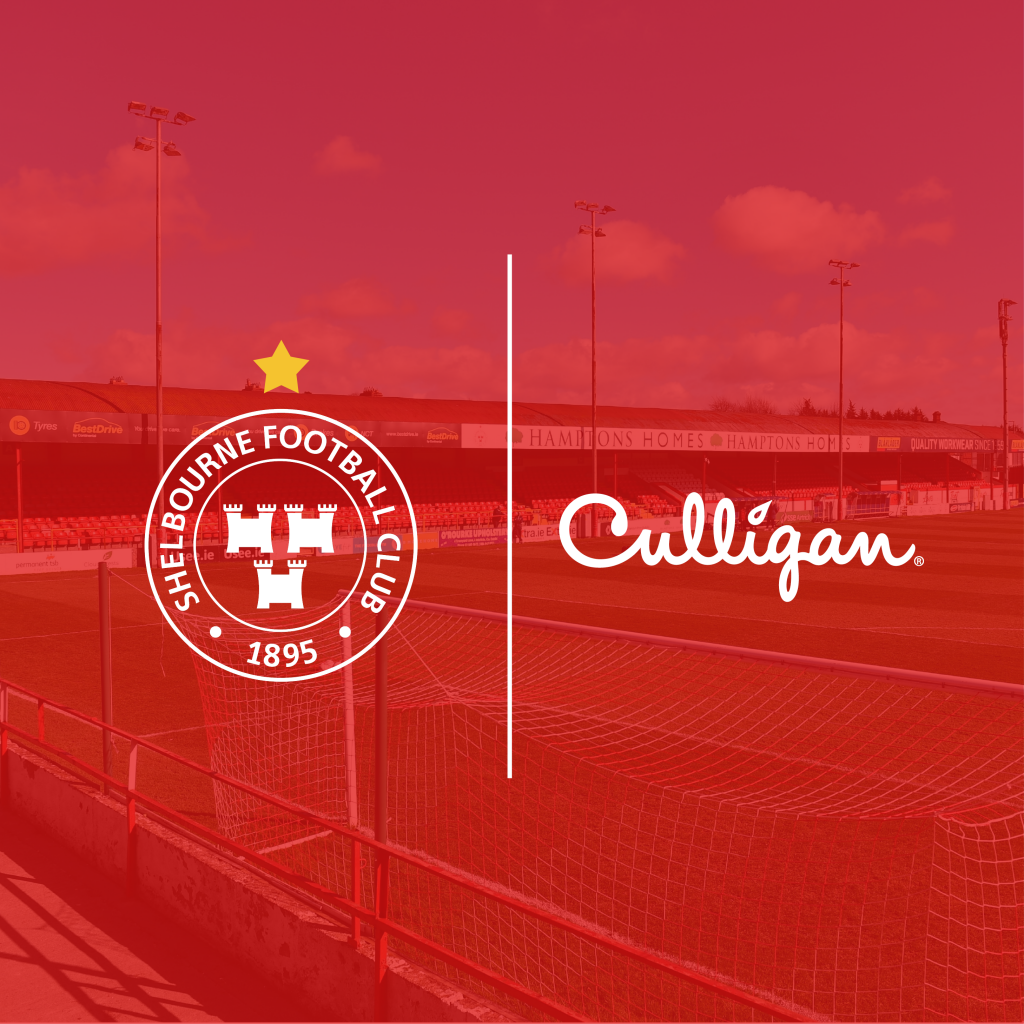 With environmental concerns growing, both Shelbourne FC and Culligan recognise the need to make our Club more sustainable.

Alongside this context and to mark World Water Day 2022, Culligan, a leading player in water refining and qualification systems, and Shelbourne FC are today also launching our Plastic-Free Water Initiative, a project to significantly reduce the consumption of water from plastic bottles and reduce the environmental impact caused by the Club.

Culligan water systems have been installed in both Tolka Park and the Shelbourne FC Academy to provide Shelbourne FC players and staff with safe & sustainable high-quality water.

As part of the agreement, Shelbourne FC and Culligan will collaborate extensively on digital media partnerships and player access through 2022 for promotional purposes.

Also included in the partnership is priority in-stadium advertising signage at Tolka Park for Shelbourne FC’s home match days as well as at the Shelbourne FC Academy facility.

Keith McDarby, Commercial Director, Shelbourne FC said: “We are thrilled to be partnering with Culligan, providing us with clean and great tasting water for 2022 and beyond. We set out before the end of 2021 to become more sustainable throughout the whole club and this is another step in the right direction as we reduce our plastic consumption in Tolka Park and AUL complex. Finally, I would like to thank Brian and all of the team at Culligan for their support.”

Brian Young, General Manager, Culligan, said: “Everyone at Culligan is delighted to be partnering with Shelbourne Football Club. At Culligan, our purpose is to make a real difference to the health and wellness of all people throughout the world by providing clean, safe, great tasting water. Whilst pursuing this goal, the protection of our planet and acting in the most sustainable way is always at the forefront of our minds. Therefore, partnering with Shelbourne Football Club allows us to provide clean, great tasting water to players and staff whilst reducing plastic consumption on site.”

About Glenpatrick and Culligan International

Glenpatrick is part of Culligan International. Founded in 1936 and headquartered in Rosemont, Illinois, Culligan International is a world leader in delivering premium water services and solutions that improve the health and wellness of consumers. Committed to sustainable, non-plastic solutions, the company offers some of the most technologically advanced water filtration and treatment services and products available, including water softeners, drinking water systems, whole-house systems for homeowners and bottle-less coolers for businesses. Culligan’s network of dealers and direct operations is the largest in its industry, with more than 7,500 employees and 1,000 dealers in 90 countries. Culligan’s 35+ brands serve more than 50 million customers every year and share a mission of bringing better water to consumers anywhere they need it – in the home, at work or on the go.