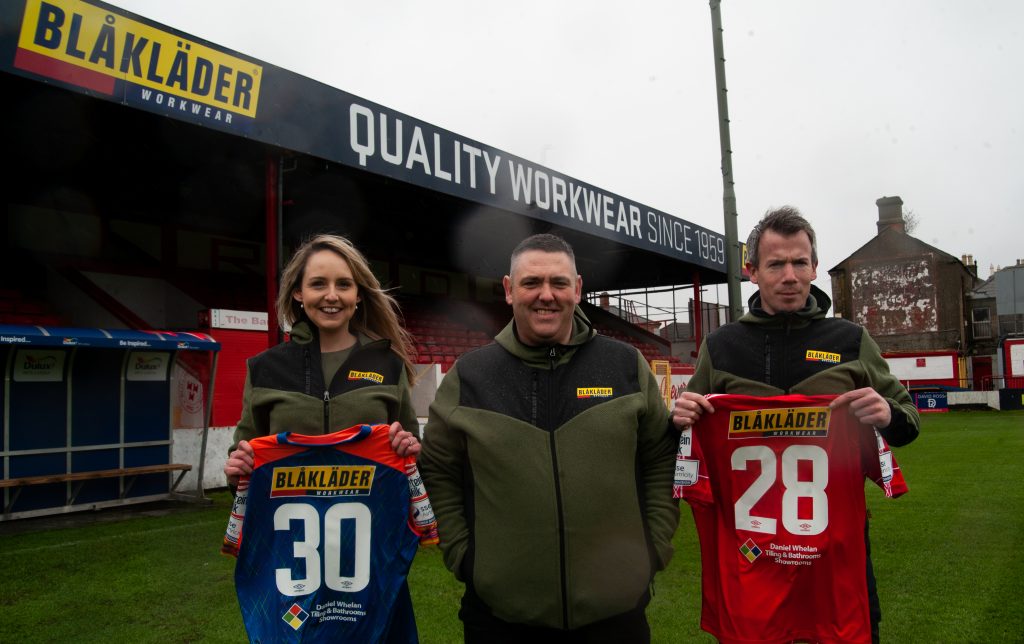 February 18, 2022: Shelbourne FC is delighted to confirm Blåkläder as our back of jersey sponsor for the second year running in a new enhanced sponsorship agreement.

Blåkläder were an integral part of our success in 2021 when Shels won both the SSE Airtricity League First Division and the FAI Women’s National League and continue to be a significant part of the Shelbourne family enabling us to look forward to an exciting season.

As well as featuring on the back of our SSE Airtricity League Premier Division jersey for 2022, Blåkläder will take partial sponsorship of the banners at the top of the Main Stand at Tolka Park.

Blåkläder will also benefit from extensive digital media collaboration across our match day assets and programmes as well as pitch side advertising.

Shelbourne FC Commercial Director, Keith McDarby said: “Blaklader have been a great supporter of the club over the last number of years and we are delighted to enhance our partnership with them for 2022. Blaklader is another well known brand and it’s great to see them recognise that we offer partnerships with a purpose. I’d like to thank Gerry and all the team at Blaklader for their continued support.”

Blåkläder Country Manager Gerry Nathan, said: “We are delighted to be on-board as a back of jersey partner this year. Shelbourne is a club with an incredible history and fantastic traditions and a fan base that is a perfect fit for our brand. We’re excited to continue to build our relationship with the fans and staff at Shels. Finally I would like to wish Damien Duff, his Staff and the team every success for 2022.”