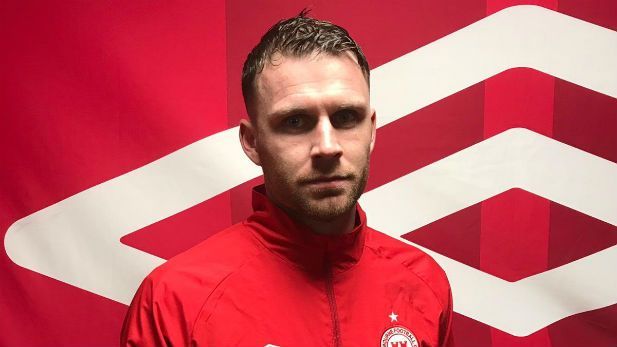 Shelbourne FC has great pleasure in announcing that Ciar&aacute;n Kilduff has signed with the club on a two-year contract.

Manager Ian Morris had this to say on the signing “I am really pleased to have added Ciar&aacute;n Kilduff to our squad. His medals and goals speak for themselves, but Ciar&aacute;n, like us all, wants to add to that collection.

Ciar&aacute;n played for Clane Boys and Kilcock Celtic before joining Maynooth Town. He joined Shamrock Rovers U16s and played in their youth section until he made his senior debut in May 2007 against Derry City in the Brandywell. He made 4 senior appearances for the &lsquo;Hoops&rsquo; that year.

In January 2011, Shamrock Rovers&rsquo; then manager, Michael O&rsquo;Neill came calling and Ciar&aacute;n once again became a &lsquo;Hoops&rsquo; player. Though he was on the bench for much of the season, he still managed to make 27 appearances (scoring six times). He made another 26 appearances over the next 18 months without being a regular starter and in July 2013 went out on loan to Cork City.

His arrival at City made an immediate difference. He scored on his debut in a 3-1 win over Sligo Rovers at Turners Cross in July 2013 and went on to score 11 goals in 14 appearances &ndash; including four against Shelbourne &ndash; with Cork finishing in eight position in the league. At the end of his loan period, he returned to &lsquo;Rovers&rsquo; in time for the 2014 season, where he played in 29 league games, scoring six times. November 2014 saw him sign with Inchicore side, St. Patrick&rsquo;s Athletic.

He made his debut for &lsquo;Pats&rsquo; against Tolka Rovers in the Leinster Senior Cup in February 2015, scoring twice in a 7-0 win. He went on to make 13 league appearances for the club (three goals) before joining Stephen Kenny&rsquo;s Dundalk in July. He finished the season with four goals from 12 league appearances as Dundalk won the Premier Division title. He also played in the FAI Cup final, in which &lsquo;Lilywhites&rsquo; defeated Cork City 1-0 after extra time.

Season 2016 saw Ciar&aacute;n score 13 goals in 36 appearances in all competitions (7 in 20 league appearances) but was unfortunate to pick up a number of injuries. He came on as a substitute in that year&rsquo;s FAI Cup Final, Dundalk losing out this time to Cork City.

In July 2017, it was announced that Ciar&aacute;n was joining up with Jacksonville Armada in the North American Soccer League II (NASL II). He played in 11 games out of a possible 12, scoring four goals.

At the end of 2017, due to legal problems between the NASL and the governing body of soccer in the States (U.S. Soccer), it was decided that the NASL II league would not be played in 2018. Jacksonville Armada then joined the National Premier Soccer League (NPSL) for 2018. In their season, which ran from April to July (14 games) Kilduff was ever present and scored 9 goals.