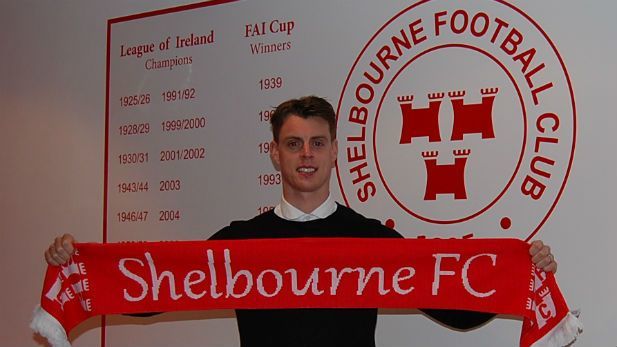 Posted on 2018-11-062020-03-10
Shelbourne FC is delighted to announce the appointment of Ian Morris (31) as Head Coach.
Ian has had a distinguished playing career in England and Ireland, joining Leeds United in 2003 before playing spells at Scunthorpe United, Carlisle United, Chesterfield, Torquay United and Northampton Town.
In 2015, Ian returned to Ireland and joined St Patrick&rsquo;s Athletic. After a brief time at Glenavon FC, he joined Bohemian FC where he has played since 2016.
Whilst at Bohemians, Ian was employed in the role of Head of Youth Development and has been central to the success enjoyed in recent years by their Youth Academy and League of Ireland underage teams.
On the appointment, Shelbourne CEO David O&rsquo;Connor stated: “We are absolutely delighted to appoint Ian as Head Coach. Ian has had a distinguished and highly successful career in England and since he has returned to Ireland, he has proven himself to be a fantastic coach, particularly with young players. Ian possesses all of the attributes we were looking for in a Head Coach. His knowledge of the game is excellent and his work ethic, self-belief and leadership skills will be evident to everyone.
He is a leader and a winner. He has captained several clubs during his career and has led teams to promotion as a player. Ian knows what it takes to be successful.
Ian&rsquo;s appointment also fits perfectly into our strategic vision of providing a pathway for players and helping them to develop as individuals as well as footballers.”
Speaking on his appointment Ian stated: “I’m absolutely delighted to become the manager of Shelbourne Football Club. As soon as I spoke with Andrew, Joe and Dave I was excited with what is planned for the club. Make no qualms about it, our aim is to get promoted next year. This will be reflected in the players and staff that are committing to our club for next year and beyond. I am really looking forward to immersing myself in the role and am excited about what the future holds for the club.”
Supported by the Board of Management, Ian will now begin to assemble a squad of players that will challenge for promotion from the very start of the 2019 season.
Ian Morris will commence his role as Head Coach with immediate effect.
←    Congratulations to our Under 19s on SSE Airtricity Shield Win
Deano Re-signs for 2019     →