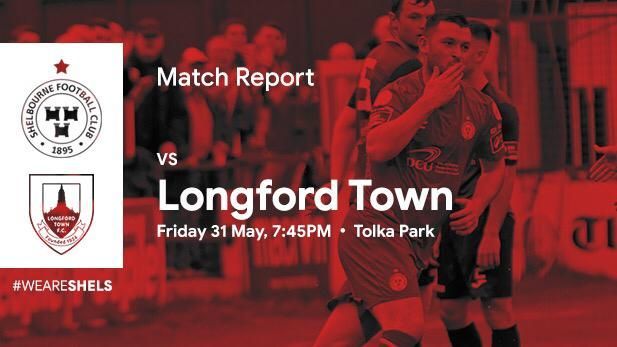 Shelbourne recorded what could prove to be a massive win at Tolka Park on Friday night as they defeated second-placed Longford Town 1-0 to stretch their lead at the top of the table.

The first half was bereft of any real action, with a couple of chances for Longford’s Aaron Dobbs countering Ciaran Kilduff’s header off the post on six minutes. Dobbs should have given Longford the lead early into the second half after he was played through into the box.

However, his low shot was met by the fingertips of Colin McCabe in the Shels goal. Dean Byrne ran the show in the second half and should have put Longford in front in the 57th minute when a fine crossfield pass found him at the back post.

He completely sold Shels full-back Aidan Friel with a drag of the ball, but his attempt to finish into the top corner was way off target. The game changed in the 78th minute when a Lorcan Fitzgerald corner was not properly dealt with by the Longford defence or keeper.

The ball eventually ended up back at Fitzgerald who was taken out by substitute Peter Hopkins just inside the box. Up stepped veteran Conan Byrne to send Lee Steacy the wrong way and calmly slot the ball right into the bottom corner.

The visitors threw everything at Shels in the second half but the home team were fiercely determined and managed to hold on. A draw probably would have been the fair result but Ian Morris’ charges showed great resilience to grind out the win.