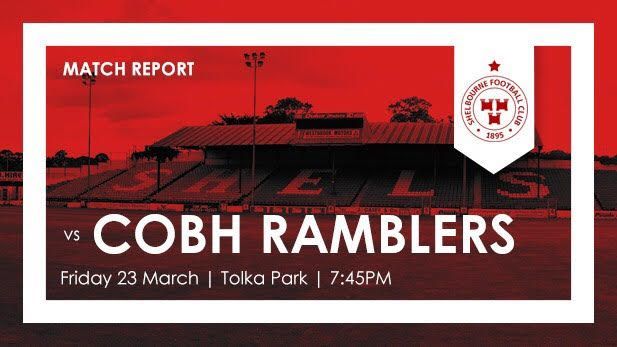 The first half was a tight affair with both sides struggling to create many chances of note. However, with the whistle just seconds from the lips of referee John McLoughlin’s to bring the first half to a close, Dylan Grimes fired a ball into the box that ended up in the back of the net via the slightest of touches from O’Sullivan.

The second half was a scrappy affair with quality at a minimum but desire at a premium. James English had a great chance to secure the points for his side with five minutes remaining but his strike from the back post was well saved by Paul Hunt in the Ramblers net.

As it was, one goal was enough with Shelbourne, with the Reds showing great attitude to dig deep and hold on to all three points.