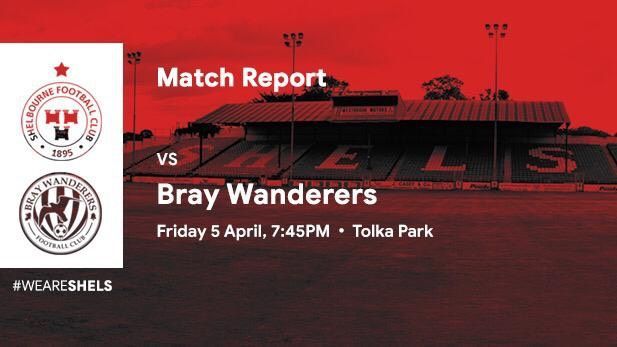 A game of two halves for Shelbourne saw the Dubliners secure a 1-0 win over Bray Wanderers at Tolka Park on Friday evening.

The home side dominated the first half and took the lead through Lorcan Fitzgerald’s penalty before showing they can be disciplined defensively to deny the visitors anything from the game.

The first quarter of the game saw the ball played end-to-end. However, Shels were gradually turning the screw and began to dominate their opponents. The pressure eventually told when Paul Keegan needlessly fouled James English near the byline, and Lorcan Fitzgerald stepped up to smash the resulting penalty into the top corner to give Shels a deserved lead going into the break.

Both sides experienced a quiet start to the second half but Bray began to grow into the game as it wore on. However, other than Dylan McGlade’s free-kick cannoning back off the crossbar, Bray struggled to really trouble their opponents.

Shels have lost lead’s in the recent past but they impressed tonight to secure all three points.