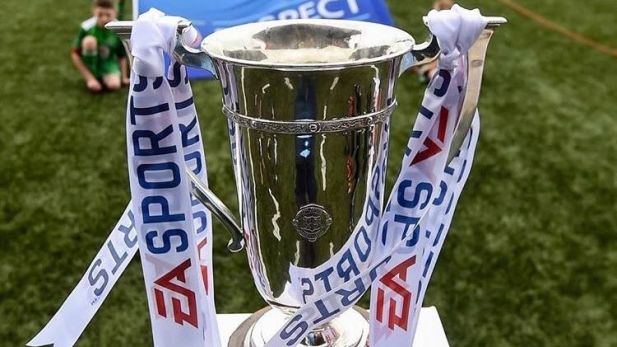 Shelbourne came out on top against Leinster Senior League side Bluebell United to progress to the second round of the EA Sports Cup after a 1-0 win at a freezing Tolka Park on Monday night.

A rare start for Shels midfielder Shane Farrell was cut short after just two minutes when he needed to be stretchered from the pitch following a challenge. Bluebell created the opening couple of chances but it was the home side who struck first in the 21st minute.

They won a free near the touchline wide on the left, which Daniel McKenna drifted into the box and all the way into the top corner. Cross or shot, only McKenna will know but it was a fine way to open the scoring.

The visitors had a great chance to draw level in first-half injury time after Colin McCabe came a long way from his goal to flap at a cross into the box. The ball ended up squared to Sean Byrne just inside the box but he sliced his effort badly wide.

Bluebell were a vastly improved side in the second half and had chances to equalise through an Aaron Robinson strike that had to be blocked on the line by John Ross Wilson, and an excellent free kick from former Shels player Aaron Ashe that was matched by an equally as good save from McCabe.

The Leinster Senior League side continued to plug away but they couldn’t find that magic touch in front of goal and Shelbourne progressed to the second round.