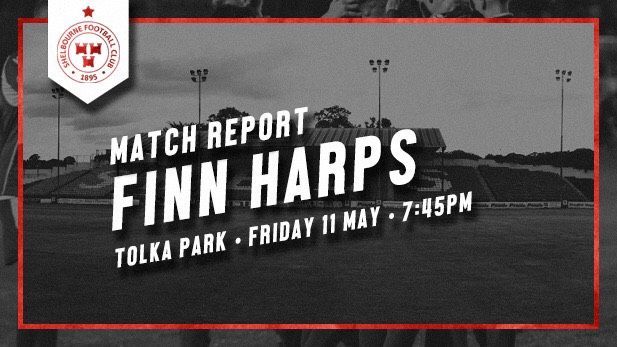 Shelbourne and Finn Harps played out a scoreless draw at Tolka Park on Friday night.

It was a chance for Shels to leapfrog the visitors, but neither side could break the deadlock. Chances were few and far between in the first half. David O&rsquo;Sullivan headed wide in the fourth minute, after being set up by Lorcan Fitzgerald.

Derek Prendergast attempted to get on the end of a Fitzgerald corner just after the half-hour mark, but it was just too far ahead of him. James English tried to set up Mark Hughes on the stroke of half-time, but Ciaran Gallagher did well to get out and punch clear.

Ciaran O&rsquo;Connor forced Dean Delaney into a save, but that was the visitor&rsquo;s best chance of the opening forty-five. The second-half wasn&rsquo;t even twenty seconds old when Adam Evans nearly broke the deadlock.

His effort from just inside the box went into the side netting. A well-worked free-kick in the sixty-third minute had Harps under the cosh. Lorcan Fitzgerald worked it short to David O&rsquo;Sullivan, who hit a low ball across the goal, but the visitors managed to clear the danger. At the other end, Dave Mulcahy put in a great challenge to deny Michael O&rsquo;Connor as the game entered its final fifteen minutes.

The Harps striker had done well to work some space for himself, but Mulcahy was ruthless once O&rsquo;Connor took a heavy touch. Owen Heary&rsquo;s side had two massive chances in the final ten minutes.

English got on the end of a cross from the left, and you could hear the collective intake of breath as Shels fans prepared to celebrate. But he didn&rsquo;t get over the ball, and the header was well wide.

English then turned provider shortly afterwards, as he set-up David O&rsquo;Sullivan. The striker&rsquo;s effort from five yards deflected over the crossbar off a Harps boot. Michael O&rsquo;Connor had the final chance of the night, but he blasted over from eight yards, as both sides took a point away.

Report with thanks to Peter Brannigan and sseairtricityleague.ie