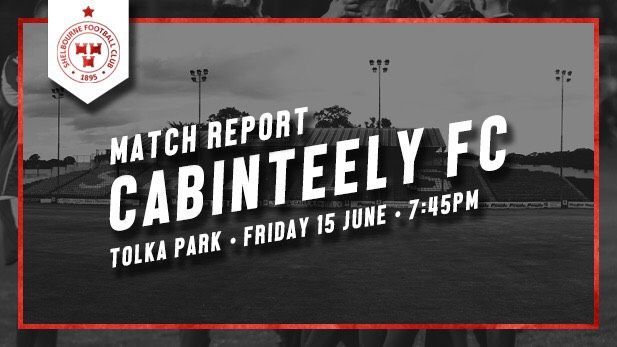 Ten-man Cabinteely put a dent in Shelbourne&rsquo;s promotion aspirations as they battled to a 0-0 draw at Tolka Park.

A momentary rush of blood to the moment cost Kevin Knight a first-half sending-off. The Cabo defender was tripped by Shelbourne&rsquo;s James English on 26 minutes but his reaction seemed out of proportion and referee Paula Brady brandished a red card.

Shels dominated possession from then on and forced eight corners to Cabinteely&rsquo;s two, but could not make their numerical advantage count. Dayle Rooney and James English were lively down the flanks for Shels.

Several chances fell to Dayle Rooney in particular but the clinical touch was lacking. Cian Kavanagh smashed a shot just past a post. Rooney and English actually changed wings late on to seek to probe an opening but even this switch failed to deliver a decisive strike.

Shels broke quickly in the 38th minute. English put in a super cross from the right which Rooney met on the half volley but the ball flew just wide. There was almost a dream introduction for second-half substitute Shane Farrell. The Shels man burst into the area but his low shot found the side netting.

The sending-off forced Cabinteely to change their 3-5-2 formation. However the Southsiders&rsquo; well-drilled defence coped well and Christian Lotefa, Marty Waters and Luke Clucas worked tirelessly further up the pitch to ensure the second scoreless draw at Tolka Park this season.