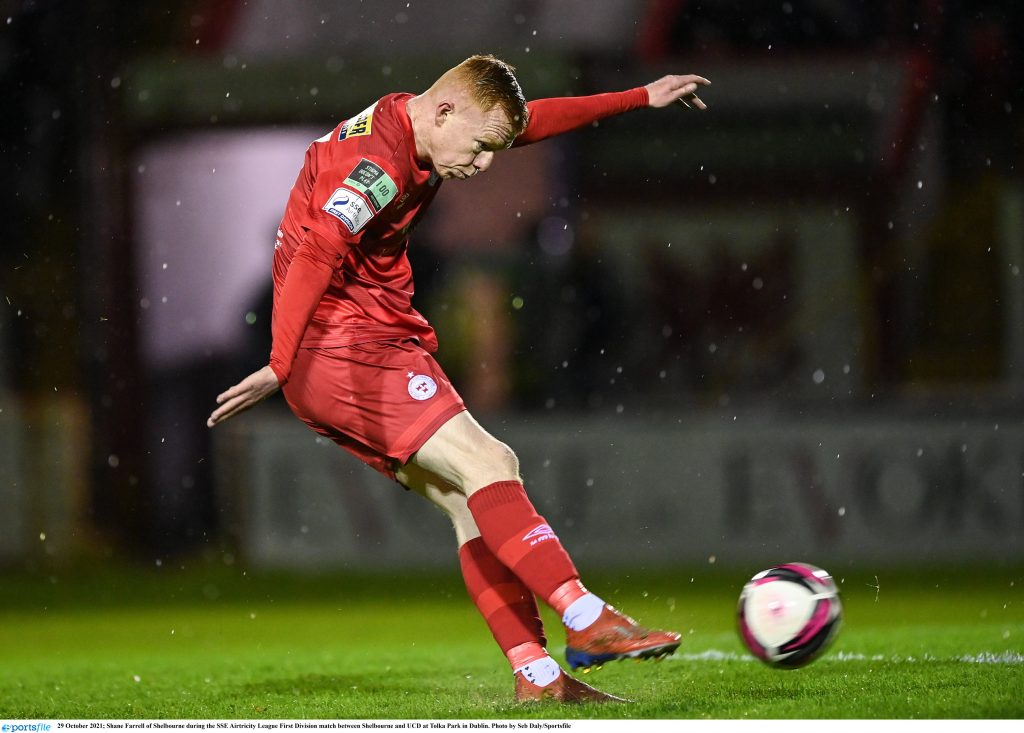 Shelbourne FC has today announced re-signing of Shane Farrell for his fifth year in Red becoming the longest serving player at the Club.

The 21-year-old attacking midfielder has played 81 times for the Reds scoring 11 times and can play anywhere across the middle of midfield.

Having won two SSE Airtricity League First Divisions with Shels, Shane has experience behind him despite his youth.

Shane helped the Reds to last year’s title playing in nearly every game including goals against Cork City, Cabinteely and Athlone Town.

Shane also won Player’s Young Player of the Year for 2021.

Speaking on his re-signing, Shane told shelbournefc.ie: “I’m really happy to sign for another year with this big club and to play in front of these amazing fans once again. The Club is back where it belongs and I hope to do my part in keeping the club there while also giving everything to help us keep on improving.”