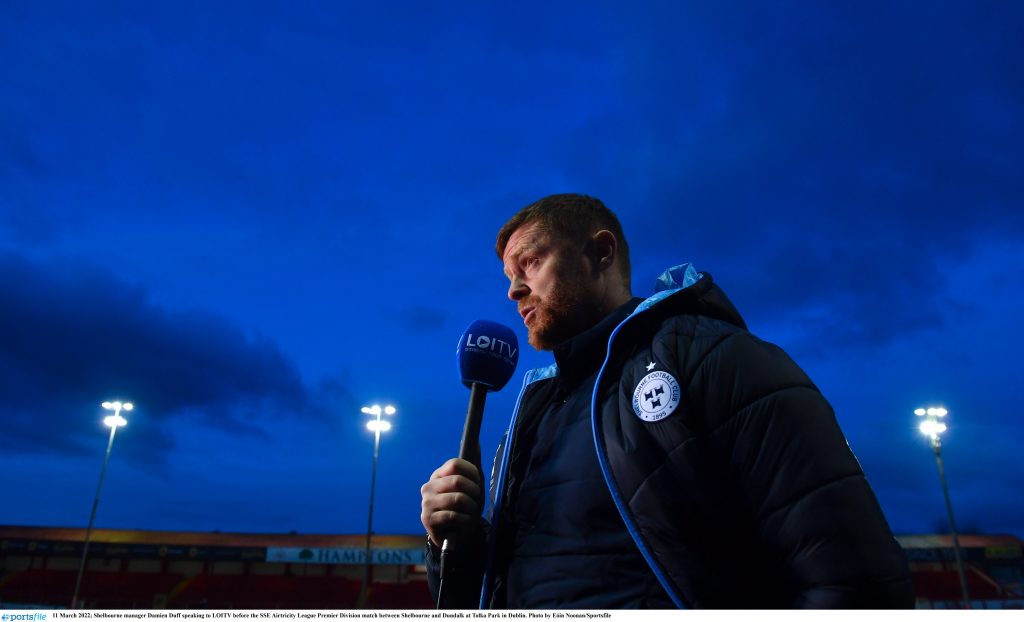 Shelbourne boss Damien Duff emphasised his appreciation for “the sacrifices” that Reds supporters continuously make travelling home and away to follow his team weekly ahead of a return to action this week.

The Reds travel to The Showgrounds tomorrow to face Sligo Rovers in the SSE Airtricity League Premier Division after the international break.

Tomorrow’s game was moved at late notice from Saturday night to Friday and Duff told shelbournefc.ie that “the fans have been amazing since day one.”

“I’d like to think the fans know how fond I am of them as you see with the jerseys being given away in Dalymount but it’s always so much appreciated whether it be home or way,” he said.

Shels played a friendly game against Dundalk last Friday and Duff said he was pleased to see his team create chances once more as they drew 2-2 with goals from Shane Farrell and Jad Hakiki.

The Shels boss said Hakiki is “believing more and more he belongs at this level” and insisted the young teenager has the talent to forge an impressive career.

After a disappointing night last time out against Finn Harps, Duff said his players were “hurting” and are looking to correct the result tomorrow night.

“It was disappointing as it was not reflective of how we train but I’m sure it was just an outlier and sometimes those results act as a wake up call.

“It was frustrating because before that against Bohs we looked a proper team but hopefully we can get back to that tomorrow,” he added.

“The Harps game has been parked now. We’ve looked at it at length and the lads know they need to show that edge in every single game,” Duff said.

Nursing injuries the last few weeks, Jack Moylan is back running and is thus nearing a return while Adam Thomas misses out due a knock received in training.

Shels will remain without Sean McSweeney, JJ Lunney and Shane Griffin with the latter duo rejoining full training this week nearing a return to the Shels squad.

Shels have no suspensions for this week’s trip to the West.