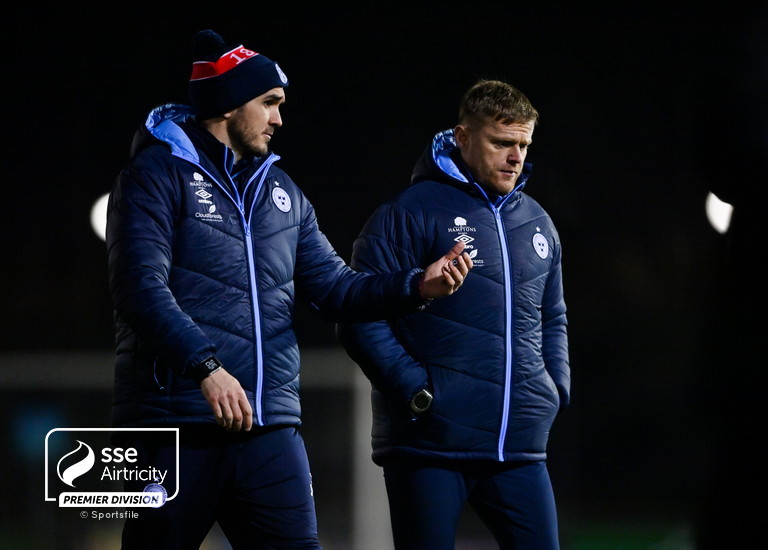 Shels boss Damien Duff said it is important his squad “don’t get carried away” after an impressive win over Sligo Rovers last week on the road.

However, Duff says that win has been “parked” and that all focus is on getting a first home win of the season tomorrow night against the Tallaght side.

“It’s important not to get too high or too low after wins and even after a disappointment like we had at home to Finn Harps,” Duff told shelbournefc.ie.

“The belief here is that we can beat anyone and whether we do or don’t is another thing but we go into each game believing we can win it,” he added.

“There’s been great energy around the camp and we’ll be up for the occasion and getting our first home league win on the board,” Duff said.

There may be some former links to the Rovers camp in the Shels team but Duff maintains there are “zero connections” to the visitors and that all focus is on the task at hand.

“We know what to expect and we’ve planned for that but the most important thing is to believe,” Duff said.

Defender Shane Griffin will return to the Shelbourne squad which Duff said is a “massive boost” and JJ Lunney, though in full training, will be another short wait off returning to the Shels squad.

Jack Moylan has also returned to training on the pitch as he nears a return.

JR Wilson will miss next week’s game against Derry City through suspension though is available for tomorrow’s Ringsend Derby.

Remaining tickets are available at shelbournefc.ie/tickets-2