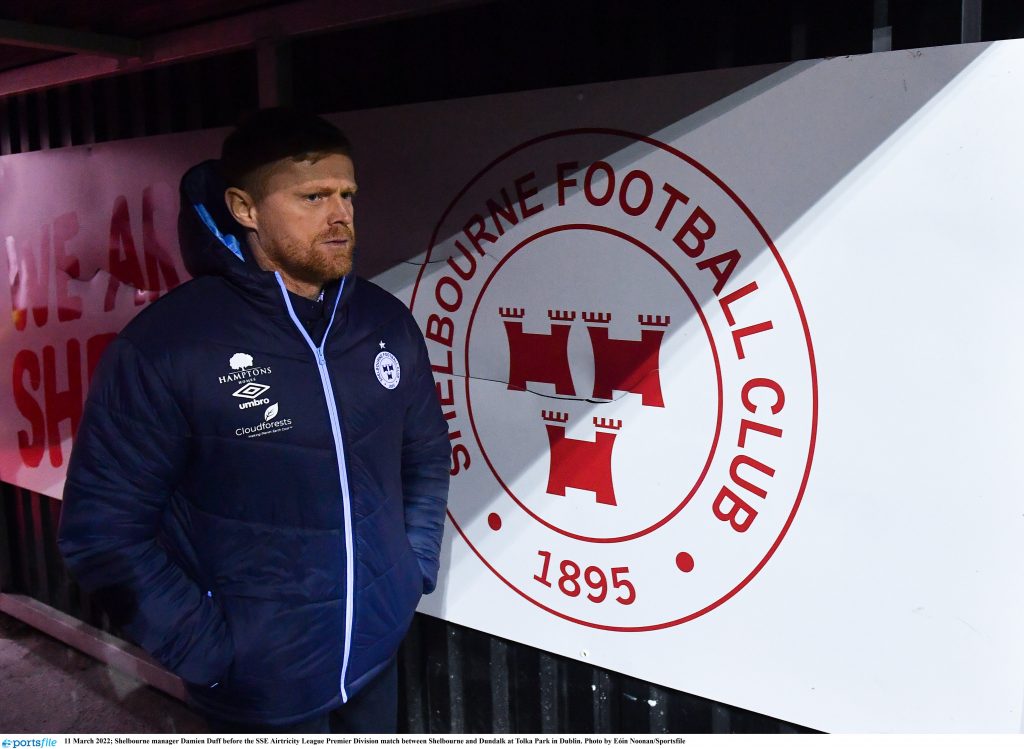 Shelbourne boss Damien Duff says Shels fans have “given their all and more” so far and it’s time for his players to continue their good form into three points tomorrow at home to Finn Harps.

The Donegal side travel to Tolka Park tomorrow night after Shels drew 1-1 with Dundalk and Bohs in the past week ahead of the international week.

The Shels team received great praise for their jersey gesture to fans at Dalymount on Monday, though Duff said he has left Equipment Manager Johnny Watson in somewhat of a conundrum and a race to get new kit for their upcoming trip Sligo.

“All the fans want to see is us have the heart on the sleeve and the fans have given us their all. It’s up to our boys now to keep going for them,” Duff said.

Duff says tomorrow’s game is “bigger than Bohs last Monday” and said he has has the utmost respect for Ollie Horgan who he says has “done an amazing job the fast few seasons.”

“Ollie is an expert after all these years and the Club is an expert in what it has been doing the past few seasons. You could argue we’re favourites going into the game tomorrow but absolutely not they could very much be,” he added.

Duff said Sean Boyd’s goal at home to Dundalk “was a release” to get our opening home goal of the season and now the team is looking to kick on to get the three points tomorrow.

“We’ve been an awful lot of work on the training ground around set pieces and what Finn Harps will have to offer but we are slowly, game by game, getting better at adding that quality I have been talking about the past couple of weeks,” the Shels boss added.

Mark Coyle is to face a late fitness test as he nears a return from injury while JJ Lunney, Jack Moylan, Shane Griffin continue to miss out.

Shels have no suspension woes ahead of tomorrow’s big game.