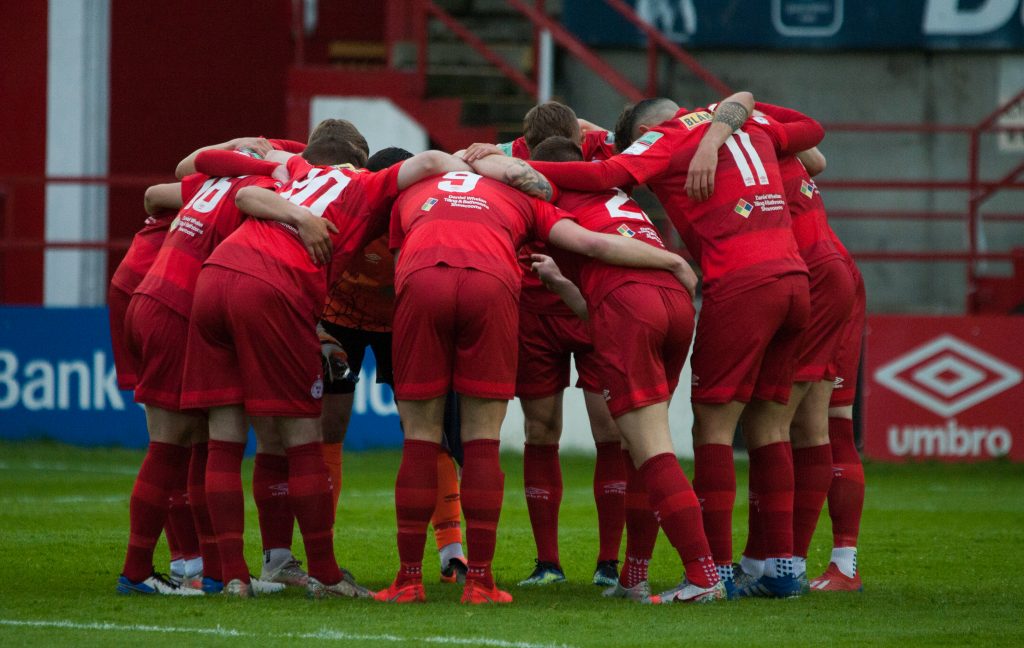 SHELBOURNE STRETCHED THEIR lead at the top of the First Division table to five points as they saw off second-placed UCD by three goals to one at Tolka Park.

A Ryan Brennan brace proved to be the difference between the sides as the Students defensive failings at set-piece routines cost them dearly.

John Ross Wilson gave the Reds the lead, before Brennan scored two. Harvey O’Brien then scored a goal that proved to be a consolation four minutes before the break, with each goal coming from dead ball scenarios.

The Reds’ victory comes as a welcome boost ahead of the visit of Galway United to Tolka Park next weekend.

Shels started the game the better of the two teams and were rewarded for their good start in the 22nd minute as John Ross Wilson headed home at the back post from Kevin O’Connor’s inviting ball towards the back post.

And O’Connor’s prowess from the dead ball was there for all to see moments later, as the Reds doubled their lead from their next attack.

This time it was Ryan Brennan who got his name on the scoresheet as he prodded home after being found unmarked in the penalty area.

UCD rallied soon after, although they were unable to create much up front with either Colm Whelan or his striking partner Kerrigan.

But they were then handed a lifeline in the 41st minute as Harvey O’Brien fired home after Shels could not deal with Evan Weir’s free-kick routine.

However, that UCD hope was quickly dashed on the stroke of half-time as Brennan headed home again – as Shels once again profited on some poor defending from the visitors.

The 29-year-old headed home at the near post – beating Healy to the ball – to give his side a 3-1 lead at the break, with the UCD keeper hurting himself in the process.

Following an entertaining first-half, the Reds produced a professional second-half performance to seal the three points with few chances at either end.

UCD’s sole threat in a dour second-half came through a plethora of set-pieces – although they could not make their possession count against a strong Shels back four – with the Reds extending their lead at the top of the table to five points after nine games.