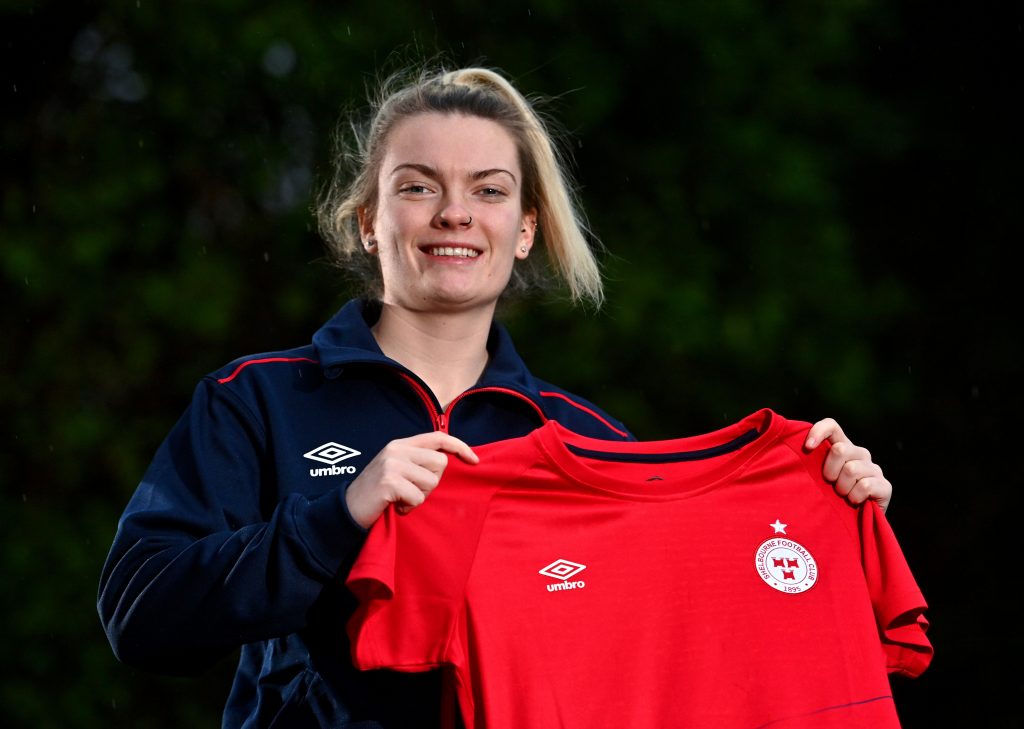 Shelbourne FC is delighted to announce the signing of Republic of Ireland international Saoirse Noonan after her time with Cork City.

Noonan played a key role as Cork City reached the 2020 FAI Women’s Cup Final, in which they were beaten by Peamount United.

Saoirse was the subject of much interest from England and Iceland and we are delighted to have secured the midfielder/forward’s signature.

The 21-year-old, who was also a member of the Cork ladies’ GAA football team, was included in a provisional Republic of Ireland senior squad for the European Championship qualifier against Germany in December.

She was named Women’s National League Player of the Month last September after scoring twice during a five-match win streak for Cork City.

Saoirse took part in training with Noel King’s first session on Wednesday night and the Reds are due to open their season against Athlone Town on March 27.

“I am delighted to be joining Shelbourne FC for the upcoming season. It’s an exciting venture for me and I am really looking forward to working with Noel and the team.

“I would like to thank Cork City FC for everything over the last number of years. They have helped me grow as both a player and as a person and I want to truly thank them all for the support.

“I look forward to taking up a new role and playing my part Shelbourne,” she said.