Luke played his underage football with St. Kevin’s before moving to Bohemians ‘A’ Championship side in 2011.

He was promoted to Bohemians’ First Team in 2012 after a season with their ‘A’ Championship side. He made his senior debut against Portadown in the Setanta Cup in February and went on to make 17 appearances as the ‘Gypsies’ finished the season in seventh position. Luke also played in the two games against Thor Akureyri (Iceland) in European competition and was selected for the International U19 squad that season. Having re-signed for the Dalymount club for 2013, he made 31 appearances as they finished tenth in the league.

He swapped Phibsborough for Tallaght ahead of the 2014 season, having been signed by Trevor Croly for Shamrock Rovers for what turned out to be his first of five seasons at the club. In the first of these, he made 22 league appearances at left-back, the side finishing in fourth position in the league. Pat Fenlon replaced Croly as the manager for 2015 and Byrne made 21 league appearances, scoring once – against Galway United in a 2-1 win – Rovers finishing the season in third position. He played in all four of the ‘Hoops’ Europa League matches (two each against FC Progres Niederkorn (Luxemburg) and Odds Ballklubb (Norway).

2016 was not a good year for Luke as he made just one league appearance before he suffered a Cruciate Ligament injury which brought the season to an abrupt end for him, keeping him out of action for almost a year.

He returned to action the following season and made 27 appearances in all competitions, including four Europa League games (Two each against Stjarnan (Iceland) and Mlada Boleslav (Czech Republic).

Luke has represented his country at all levels up to Under 21 level.

Luke resigned for the Reds for the 2020 season – the first back in the Premier Division since 2013, – at the start of October.  Luke has played in all but three of the 27 games in the 2019 season, picking up the Players’ Player of the Year trophy on the way. 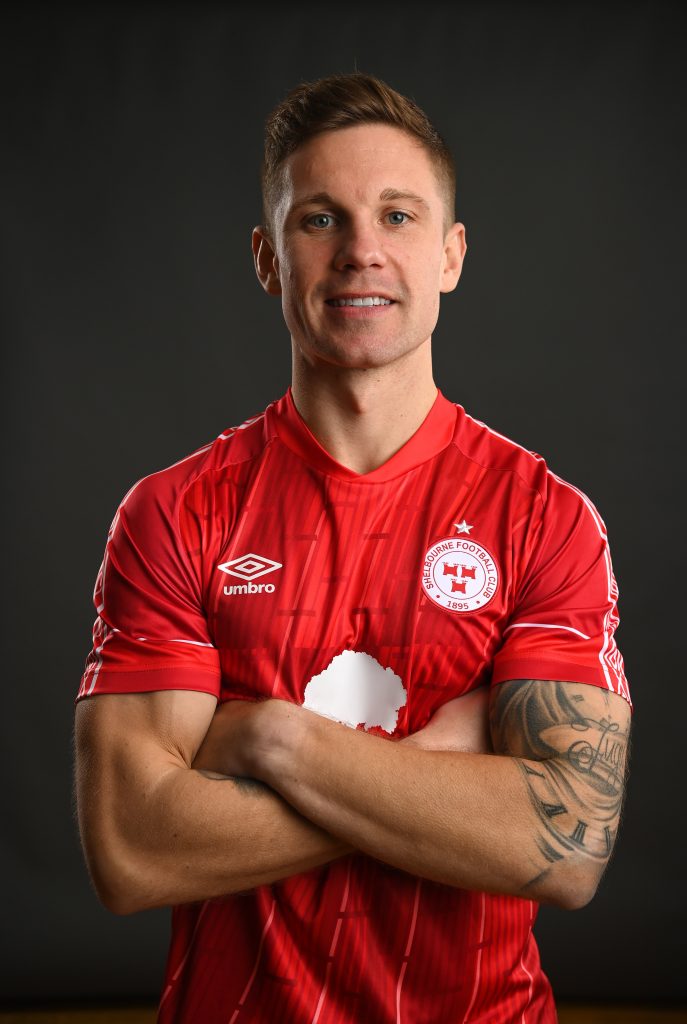