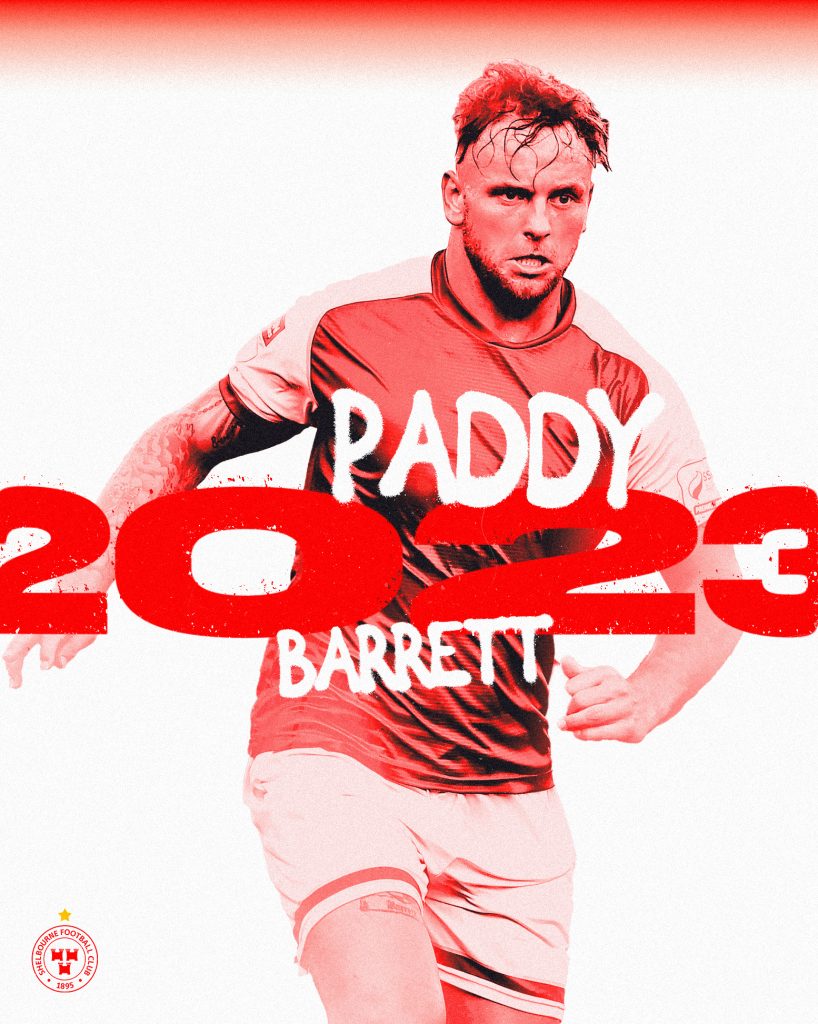 The 29-year old has put pen to paper on a deal that will keep him at Tolka Park until November 2023.

A strong and imposing physical presence at the heart of the defence, Barrett’s experience will be a significant boost to Damien Duff’s squad for the upcoming League of Ireland campaign.

The defender endured an injury-interrupted campaign in 2022, which curtailed his contribution to the Saints.

In 2021, the Waterford native was a key player as Pats won the FAI Cup, playing 28 games that season, including 24 starts.

A proven winner, Barrett was part of the Dundalk title winning teams of 2015 and 2016, while finishing runners up in 2021 with St Pats.

The defender also has two FAI Cup winners medals from 2021 and 2015, while also winning the first division, the Leinster senior cup and the Presidents Cup.

Damien Duff, Shelbourne FC Head Coach said: “Paddy has won everything in the game in this country so he is a massive addition to a very young squad. Aligned with being a top defender in the League of Ireland, he brings a presence and a personality that we may have lacked before. After a difficult season for Paddy last year, he is in the right place to get back to his very best”.

Paddy Barrett said: “Really happy to have signed for Shels. I’m looking forward to getting in and meeting the lads and getting stuck into pre-season. I’ve spoken a lot to the manager and I feel like it’s the right move for me. I’m keen to be part of it and build on what the club achieved last year.”