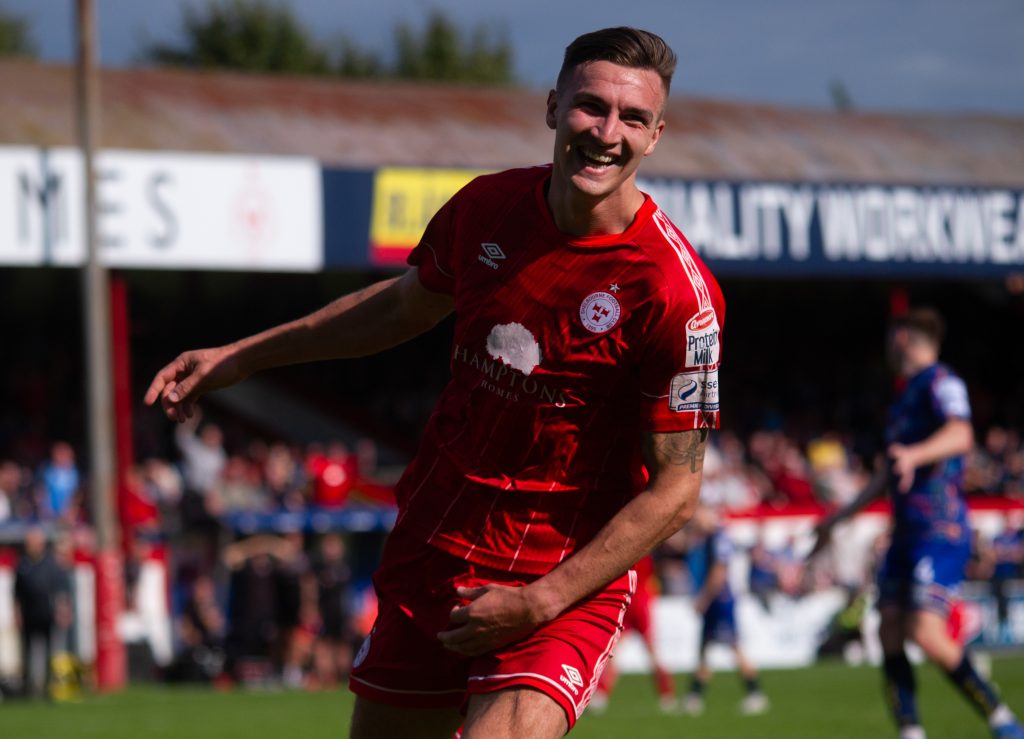 Shelbourne Football Club is today delighted to announce that Sean Boyd has signed a new contract.

The 24-year-old has put pen to paper on a deal that will keep him at Tolka Park until the end of the 2023 season.

Boyd’s fine form this season has been rewarded with an early contract extension, the striker has scored 7 goals and in 23 appearances this season in the SSE Airtricity League.

The Dubliner has also netted 4 crucial goals in the FAI Cup, including a brace against Bohs that helped the Reds secure a famous victory over their rivals and set up a semi-final date with Waterford.

His tally across league and cup now stands at 11 goals for the 2022 campaign, his best return so far of his senior career.

His previous highest goal tally was the 2021 season, where he scored 8 goals for Finn Harps, 4 in the league and 4 in the FAI Cup.

A talented and mobile centre forward who can be a handful for opposition defenders, Boyd counts Shamrock Rovers, Longford Town, and Finn Harps among his previous clubs.

Damien Duff, Head Coach, Shelbourne FC said: “It has been a great 24 hours for Sean, scoring two great goals yesterday and extending his contract today. I absolutely believe this is Sean’s home. The staff and players get the best out of him and he has without doubt gone to another level. He is a big part of what we want to build at Shels.”

Sean Boyd said: “I’m absolutely delighted to have signed a new deal with Shels, from my first day I felt at home at the club so I’m delighted to be at Tolka Park for next season. I can’t thank the manager and staff enough for what they have done for me, they have been brilliant all year for me and I’m really loving my football thanks to them, this is an exciting time for the club so there’s no place I’d rather be.”