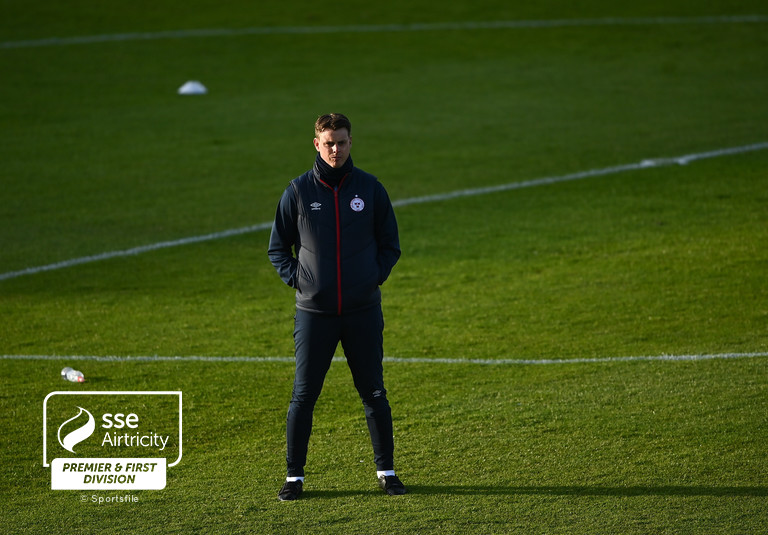 Shelbourne boss Ian Morris said his team will have to be on top form tomorrow as they face a UCD team with “threats all over the pitch.”

Shels welcome UCD to Tolka Park in a top of the table clash to finish up the first round of games in the SSE Airtricity League First Division this season.

Shels went two points clear of UCD last week, but Morris said the challenge for the Reds is now “ to stay there” as the “target will be on our backs now.”

Morris has nearly a full bill of health to choose from with Denzil Fernades awaiting further tests on his broken nose to judge when he can come back to training.

“UCD always play a certain way and the way they operate with college and scholarships, they always attract that top young talent,” Morris said of Friday night’s opponents.

“I watched them last week there and they look good all over the pitch. They’ve had a little bit of disruption in their camp with Ian Ryan leaving and taking over at Wexford so that adds an extra angle to the game,” he added.

Shelbourne Under 19 Manager William O’Connor has also left his role to join UCD as their Assistant Manager and Morris said it shows the game has a number of elements to it.

“There’s a chance here to put a bit of distance there at the top. This is why we play football, for games like this,” he added.