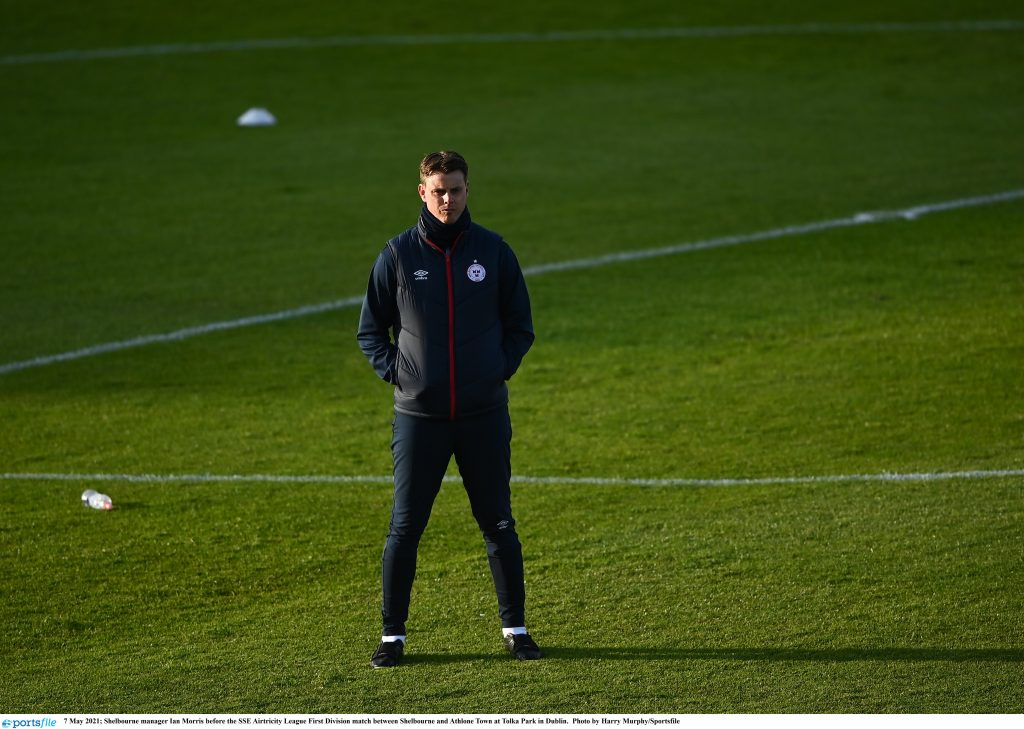 Shels boss Ian Morris said he has been impressed at how his players are “constantly focusing on the next one” and not dwelling on wins as his side travel south to St Colman’s Park on Saturday night.

The Reds face Cobh Ramblers in the SSE Airtricity League First Division and Morris is well aware of how tough a trip it’s going to be.

Shelbourne will be without Michael O’Connor through suspension for Saturday’s trip and said the “door has opened for someone else to make their claim.”

“Players will have their peaks at different times throughout the season. We’ve got a strong squad. But the players know there’s two sides to the game and that we need different attributes within games.

“The respect is there that if you’re not wearing the shirt at the start, you could be the one to come as the match winner,” he added.

Though the Reds lost last time out in 2019 in Cobh, Morris said it is “important not to hang onto” previous records at grounds as his Shels side look for an eight game unbeaten.

“I don’t look at things like that. The two squads have changed drastically since the last time we were down there so it’s a fresh game.

“Possibly when you’re coming into round two or three you might be looking at that but we’re really focused on just going down there and play the attacking play we’ve been having,” he told shelbournefc.ie.

Shels will have adjusted their training schedule for the Saturday night kick off Morris said preparation has been “really good.”

Morris praised the job Stuart Ashton has done in Cork and knows his Shels side will be facing a team looking to fight for everything at St Colman Park on Saturday night.

“When Cobh win at home, no one is surprised. Stuart has done really well and we’re going to have to be at our best,” he added.

Shels will be without Denzil Fernandes and Gerardo Bruna through injury but otherwise face a clean bill of health bar Michael O’Connor’s suspension.