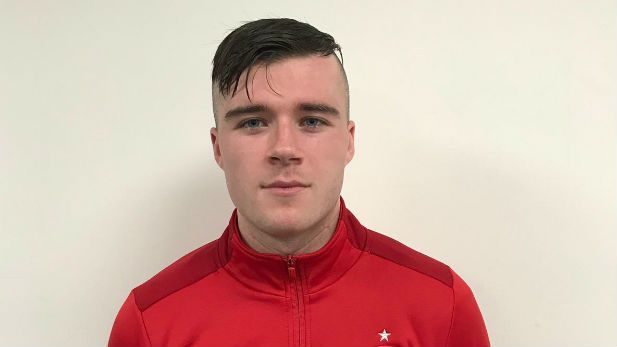 Midfielder Alex O’Hanlon has today put pen to paper, signing with Shelbourne for the coming season.

The left-sided player, who can either play fullback or further up as a wide midfielder played for St. Kevins before joining the Liverpool FC Academy in May 2011. He spent five years at Anfield, progressing through the underage ranks without making a senior league appearance for the Reds, before leaving the club in the summer of 2016.

In January 2017, he signed for St.Patricks Athletic, then managed by Liam Buckley and scored on his senior competitive debut, a 4-0 win away to Bray Wanderers in the Leinster Senior League at the end of that January. He made 17 league appearances for ‘the Saints’, scoring twice. In January 2018, he signed a short-term contract until the end of the season with Glentoran in the NIFL Premiership, where he made three league appearances.

Alex has played international football our country at all levels from Under 15s up to Under 21s.