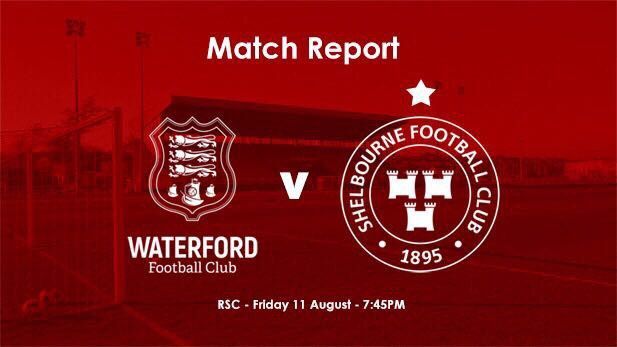 The following final-whistle report with is with thanks to sseairtricityleague.ie

Three second-half goals ensured Shelbourne advanced to the Irish Daily Mail FAI Cup second round after a 3-0 win away to Waterford FC.

Goals from Chris Lyons, Jamie Doyle and James English saw Owen Heary&rsquo;s side through. Patrick McClean, Dean O&rsquo;Halloran and Paul Keegan went close for the home side in the first half, before Chris Lyons had the best chance of the half for Shelbourne but he couldn&rsquo;t find he target.

Shelbourne were fast out of the blocks and took the lead just 26 seconds into the second half. Chris Lyons took advantage of defensive mistake to brilliantly finish past Waterford keeper McLoughlin into the back of the net.

The visitors were reduced to 10 men after 65 minutes when midfielder Niall Lanigan was given a second yellow card.

Waterford had the chance to equalise on 75 minutes from the penalty spot after Mark O&rsquo;Sullivan was fouled, but David McDaid&rsquo;s penalty was well saved by Dean Delany.

And just four minutes later, Shelbourne made it 2-0 when Mark Hughes whipped in the corner hat found the head of Jamie Doyle to head past Waterford keeper McLoughlin.

And James English took advantage of a defensive mix-up to fire into the empty net to make it 3-0.