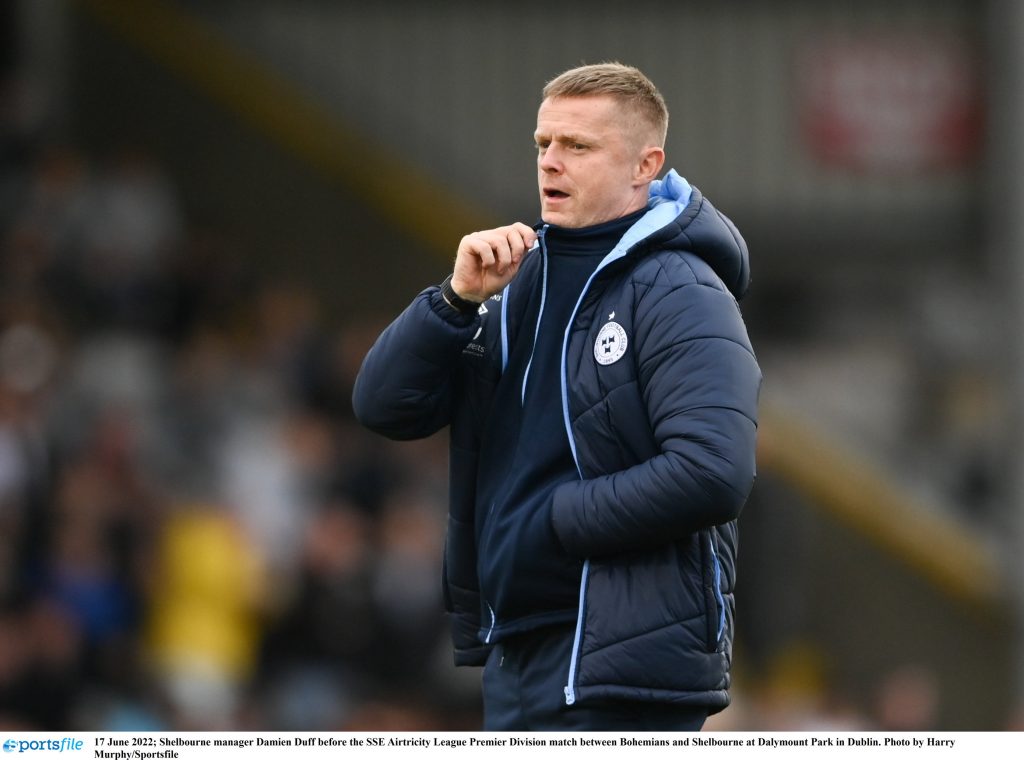 Shelbourne Head Coach Damien Duff has no fresh injury concerns ahead of the visit of St Patrick’s Athletic to Tolka Park on Monday evening for the rescheduled SSE Airtricity League clash.

The match was originally scheduled to be played on the 7th of August, but the visitors failed to find a way home from their European fixture.

Dan Carr played 60 minutes of the 1-1 draw away to Finn Harps, coming off the bench after Gavin Hodgins’ night was brought to an early end due to injury. Josh Giurgi started the game and got valuable minutes and the Shels boss was pleased with both player’s contributions.

Duff told ShelbourneFC.ie: “Dan and Josh were very good up in Harps, I said to Dan after the game ‘that’s why you have to train right and be ready’, and the two of them were. Josh put in a good 75 minutes, he was a constant threat, he has kept his head down and worked hard at the AUL everyday, same with Dan, we know what he’s got. Really pleased for him, it’s been a frustrating time, he hasn’t had many minutes, for various reasons, but he did brilliantly against Harps.”

A point away to Finn Harps last Friday night saw the Reds secure their Premier Division status for next season and ensured they will not be dragged into the fight for survival. Duff was delighted to achieve their primary objective, which as a newly promoted club, was always to consolidate and stay in the division:

Duff said: “It’s massive achievement from the players, it’s brilliant for the club, it’s been 16 years since we did consecutive seasons in the Premier Division, we’ve done it now but we’re not celebrating, the players had their ‘well done’ and the pat and the back, but we’re quick to refocus now, two Dublin Derbies and a semi-final in the FAI Cup, it’s exciting times for the club.”

Shels will be without Jack Moylan and Brian McManus who remain sidelined with injury, Dan Hawkins and Conor Kane are also long term injury absences. Otherwise Duff has a full squad to choose from with no suspensions due to be served.

The Reds face a tight turnaround having travelled to Ballybofey on Friday to face Finn Harps. Duff is confident his young squad will be able to rise to the challenge on Monday and has credited Strength and Conditioning Coach Mauro Martins with keeping the Reds fit for action.

Duff said: “This is where Mauro Martins comes in, I’m quick to tell everyone he’s the best in the country so he’ll have them for recovery, we did a little walk through on the pitch on Sunday. Nobody is tired going into a Dublin Derby, you shouldn’t be tired for any game in my opinion, it’s the greatest day of the week, Dublin Derby tomorrow, none of the lads will be saying they’re tired.”

Watch all the action on LOI TV, every Premier Division fixture is available to watch for €7.