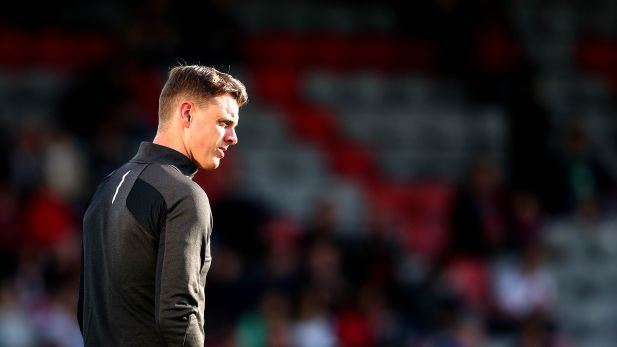 Shels boss Ian Morris has said the Reds faithful have “really inspired the players” in the recent weeks and will be looking for the same on Friday night at Tolka Park.

Shelbourne welcome play-off spot hopefuls Bray Wanderers to Tolka Park on Friday in the SSE Airtricity League First Division, with the Reds five points clear at the top with three games to go.

In what represents a massive match for both sides, Morris says he is hoping for Reds fans to turn Tolka Park into “an intimidating place to go” once more as we look for another three points in our quest for promotion.

“You could see it in Longford last time out when the away fans brought the noise and gave the players another edge which helped us massively,” he said.

Despite the magnitude of the game, Morris said the players are “raring to go” after a two week break and with the confidence of the 2-0 win away to Longford.

“We were fantastic down there and created a lot of chances while limiting them to minimal opportunities, they had a bit of a rally late on but it was a big win for us,” he told shelbournefc.ie.

Striker Greg Moorhouse grabbed a crucial goal in that game and Morris said he was “delighted” for Moorhouse had shown he “maintained his levels” and took his chance when it was needed.

With two previously tight encounters between the two sides, with the Reds winning 1-0 both times, Morris has been impressed by the Seasiders.

“Bray have a really strong squad, with Premier Division experience and players who can hurt you going forward. It&rsquo;s a massive game for both clubs,” he said.

JR Wilson underwent an operation during the week and will miss Friday&rsquo;s game along with Dan Byrne. Oscar Brennan and Jaze Kabia are both suspended due to an accumulation of yellow cards.