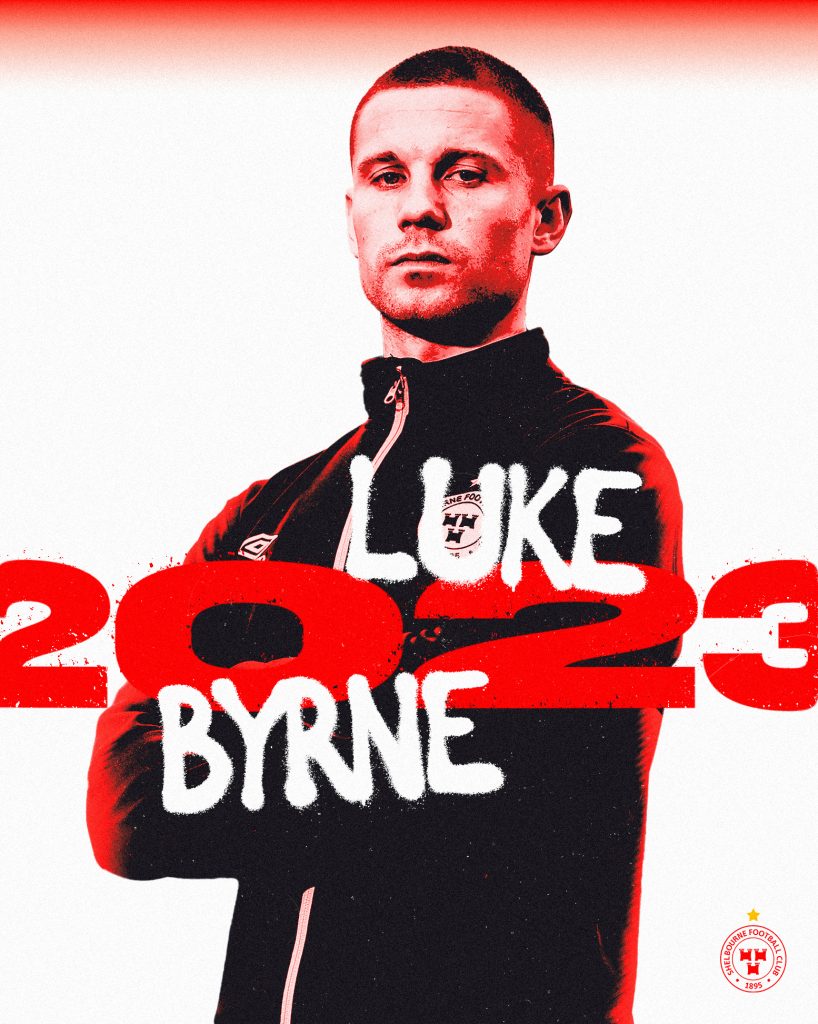 The 29-year-old, a fan favourite at Tolka Park, has put pen to paper on a deal that will keep him at club until the end of the 2023 season.

The defender was a key member of the squad this term, featuring in 34 games in the SSE Airtricity League, all of which came as a starter. Byrne played in 4 games in the FAI Cup in 2022, bringing his tally to 38 appearances for the 2022 season.

A leader on and off the pitch, a no nonsense centre-half, who’s calm and composed with the ball, Byrne captained the Reds to promotion and the SSE Airtricity League First Division title in 2021 and also won the 2019 First Division with the Club.

Widely respected around the League of Ireland, the signing of Luke Byrne for next season is a big boost to the Reds.

Damien Duff, Head Coach, Shelbourne FC said: “Everyone at the club is delighted Luke has signed back. It is very easy to sum him up. He is the best captain I have ever worked with. Full stop.

Luke Byrne said: “I couldn’t be happier at Shels and we as a squad are already excited for next season and continuing our progression. We know we had a positive season but we need to kick on next year and aim higher. The FAI Cup final defeat was very disappointing but we will use that as motivation as we approach pre-season. I love this club and will continue to give everything I have to help make it successful

I’d also like to take this chance to thank everybody involved in the club from the board to the volunteers to the fans for their support this season and the amazing reception they gave us last Sunday.”