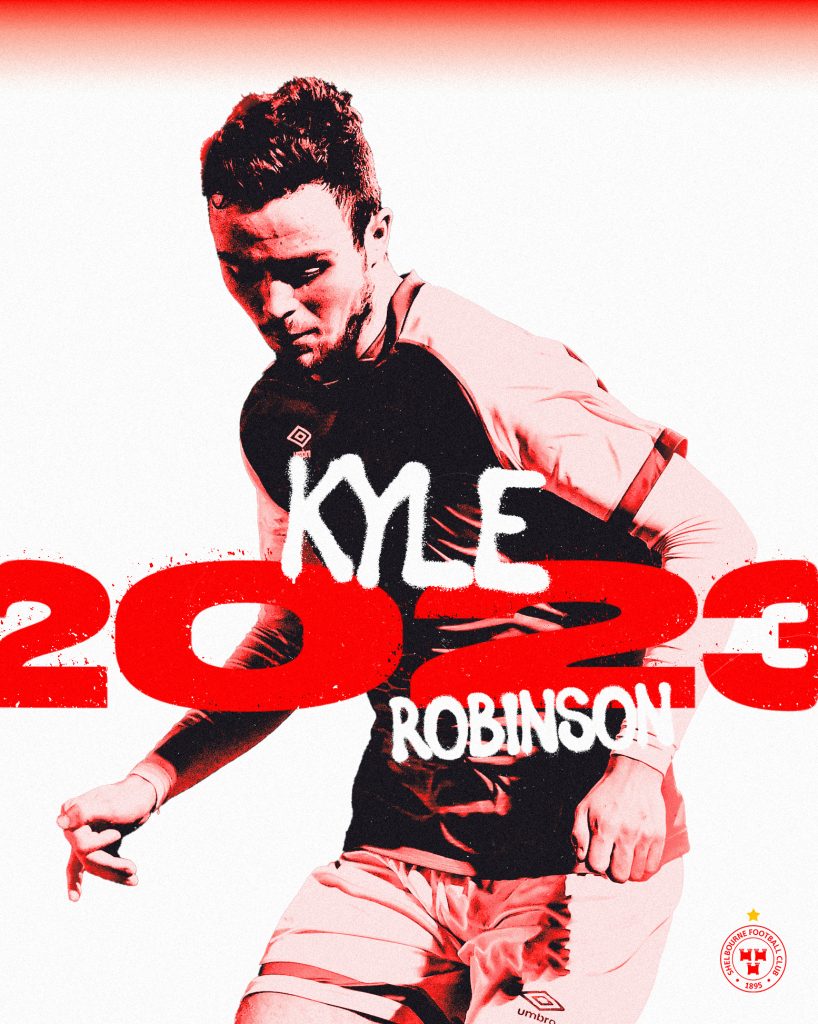 Shelbourne Football Club is delighted to announce the signing of Kyle Robinson from St. Patricks Athletic.

The 20-year-old made 7 appearances for the Saints last season, scoring one goal in a 4-0 win over Drogheda United.

Kyle spent a large part of the 2021 season on-loan at Wexford FC, where he scored nine league goals over the season.

The 20-year-old forward played youth football with Esker Celtic, St Kevin’s Boys, Home Farm, Leixlip United and Drogheda United before he made the move to Inchicore.

Kyle has won both the U-17 and U-19 National League titles along with a Leinster Senior Cup winners medal with St. Patrick’s Athletic.

Damien Duff, Head Coach, Shelbourne FC said: “Kyle has so many standout qualities and I look forward to adding more. He has big potential and I thoroughly believe there is no better place in the country for young players to develop.”

Kyle Robinson said: “I am delighted to become a Shels player, and to be joining such a massive club, to sign for Shelbourne FC is a huge honour and to be playing for a manager like Damien Duff makes it even better.

“When I got the phone call from the gaffer I was really excited and I knew it was the right move for me, the team has had a really good season and I’m looking to help add to that next season.

“From what I can see the club has a strong close bond between the team right through to the staff, it’s a real family feel to it and it is very welcoming. One of the main reasons why I joined Shels is because I love the football they play and the energy they play with. They are a very hard working team and have a strong togetherness that I can’t wait to be a part of next year.”