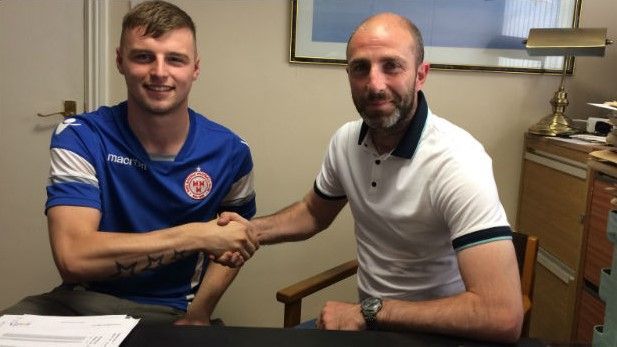 James Doyle, who left Shelbourne at the end of the 2016 season, having been voted Players’ Player of the Year, and signed for Bohemians, re-signed for Shelbourne on July 18th 2017, having left the Dalymount club by mutual consent.

Forward Jamie joined UCD from Leinster Senior League side Leixlip United before the start of the 2015 season. He did not take long to get into his stride, scoring for his new club away to Cobh Ramblers in the first game of the season.

At the end of the season, Doyle had played in 26 league games (24 starts, 2 as sub) and had scored six goals. He also played in all four of UCD’s Europa League games – against F91 Dudelange and Slovan Bratislava.

‘College’ finished the league in 3rd place (one ahead of Shelbourne) and secured a play-off position, but lost out to Finn Harps.

Prior to Leixlip United, Jamie had played with Cherry Orchard.

He left Shelbourne at the end of the 2016 season, joining Bohemians.

Jamie left Bohemians by mutual consent and Shels manager Owen Heary wasted no time in getting in touch with the player, agreeing terms with him early the following week

During his time with Bohemians, Jamie made 12 league appearances and one in the Leinster Senior Cup at home to Shelbourne (with the visitors winning 0-3)