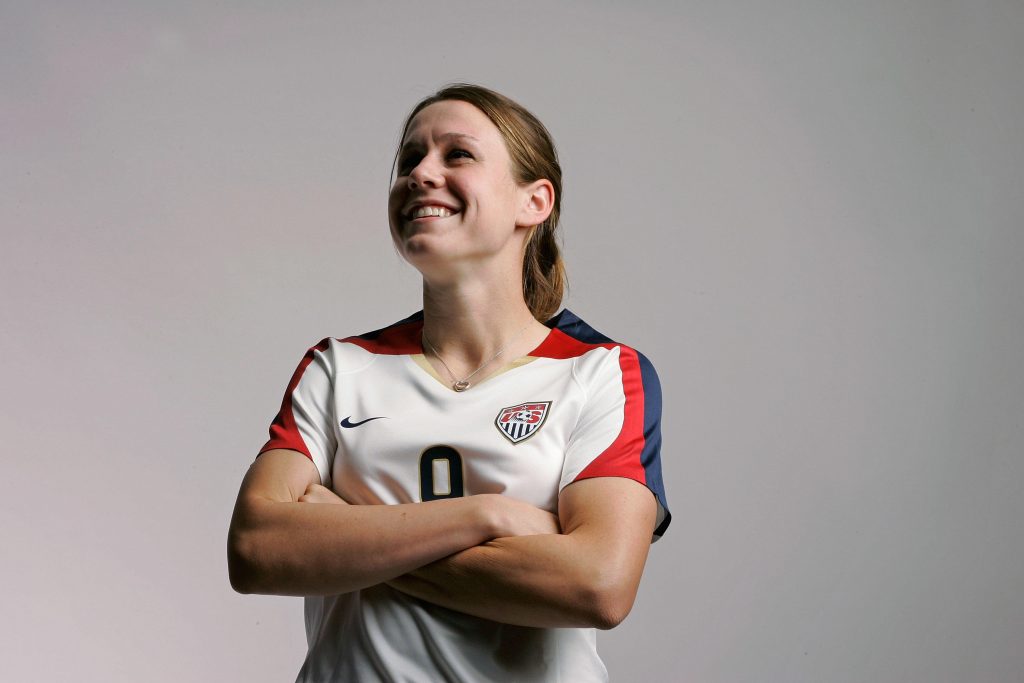 Shelbourne Football Club is today delighted to announce the signing of one of the most decorated players in world football, Heather O’Reilly.

The USA International has won 231 caps for her country, and is the 10th most capped player of all time. O’Reilly has won three Olympic gold medals and won the FIFA Women’s World Cup with her country.

O’Reilly has put pen to paper on a deal that will keep her at Shelbourne FC until the end of the 2022 season. The 37-year-old will link up with Noel King’s reigning Women’s National League Champions, and is available for selection.

O’Reilly long held ambition to play in the Champions League is bringing an end to her retirement, she had previously called time on her career three years ago, shortly after winning the double with North Carolina Courage.

It was an encounter with former Arsenal manager Arsene Wenger that spurred on O’Reilly to put on her boots for one last time, she told Shelbournefc.ie: “I played in Soccer Aid a few months ago. Arsene Wenger was my manager. We got talking after one of the sessions, and he said, ‘Heather, you are very good, you should still play’.

I said, ‘Oh thanks Arsene, maybe. I never did play Champions League football, and it always bothered me’. He says, ‘You should do it. You should play’. I puffed out my chest, put some more thought into it, and said I was going to start having some conversations.

“Arsene Wenger was the catalyst to get me out of retirement, get the boots back on and give it a go with Shelbourne FC.”

Beginning her career in 2002 at just 17-years-old, O’Reilly holds the record for most consecutive games played on the US National Team at 74 appearances, starting 67 of those 74 matches.

Over the course of her glittering 15 year career with the U.S. WNT, O’Reilly scored 47 goals and registered 55 assists. In 2004, she scored the winning goal in the Olympic semi-final against Germany, sending the United States into the final, in which they defeated Brazil for the gold medal. O’Reilly was the youngest player on the team.

The veteran midfielder led the North Carolina Courage to victory during the first edition of the Women’s International Champions Cup in 2018. Adding to that accomplishment, North Carolina also won the NWSL Shield and NWSL Championship in the 2018 season.

O’Reilly has also played with Arsenal FC, where she was a key member of the team in the 2017/18 season. During her time with the Gunners, the midfielder helped the club reach the 2018 SSE Women’s FA Cup Final, in addition to winning the 2018 Continental Cup trophy.

During that time, O’Reilly scored 17 goals and recorded 16 assists. She helped FC Kansas City win the NWSL Championship in 2015, giving her the distinction of joining the pantheon of greats who have won a World Cup and Club Championship in the same year.

O’Reilly also had a decorated career at the University of North Carolina, where she won two national championships and had her jersey retired as a recognition of her amazing career.

Heather O’Reilly, Shelbourne FC midfielder said: “I felt I had more to give, and the project at Shelbourne FC caught my eye from across the Atlantic. Ireland is where my family came from before moving to the US, so there’s a special connection. I’m delighted to sign for this great club and help Shels on the journey to become one of the best teams the island of Ireland has ever seen. I’m relishing the chance to put on the boots again and hoping my experience and skills play a part in the pursuit of silverware.”

Noel King, Shelbourne FC manager said: “Heather is a proven winner, we’re thrilled to bring one of the greatest players to ever play the game to Tolka Park. It’s an amazing moment for the club and for the Women’s National League as a whole to have a player of Heather’s stature. I think in particular, our younger players will flourish sharing the stage with a player who has seen, done and won it all.”