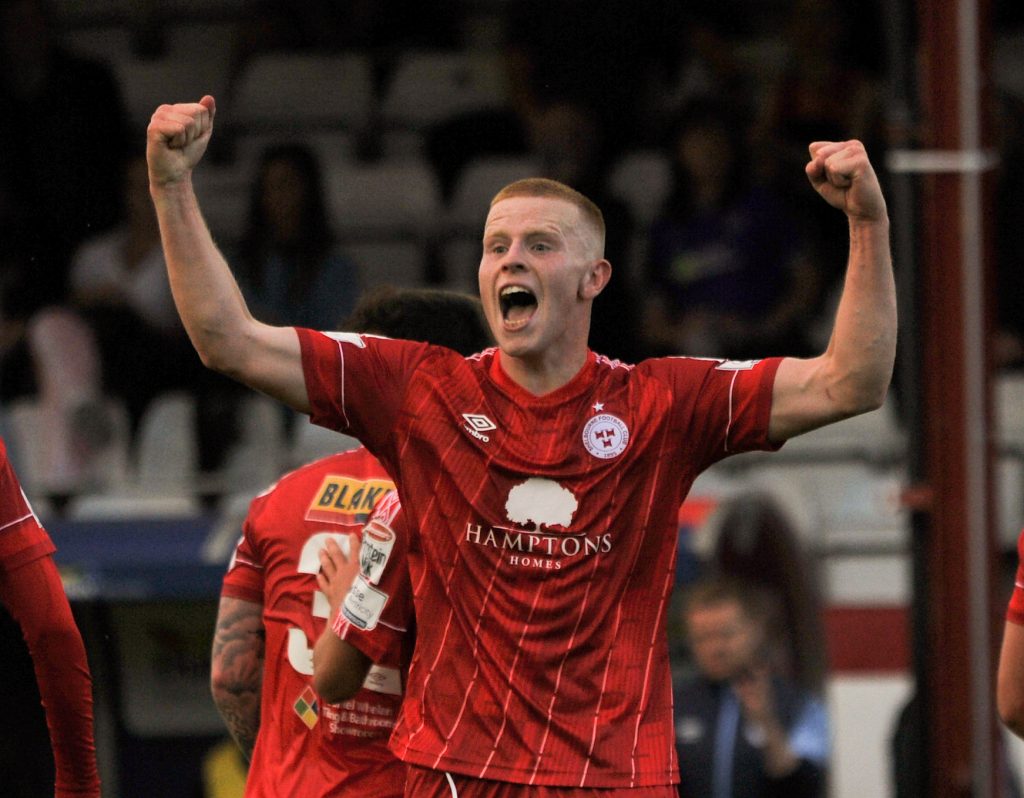 Shelbourne Football Club can confirm the extension of Gavin Molloy’s contract to the end of the 2023 season with the Reds.

The 20-year-old has impressed in his time with Shels since captaining the U19M National League team and breaking into the first team.

Gavin has played eight times for Shels scoring twice in the recent win over Finn Harps FC and comes from a footballing family steeped in Reds history.

The versatile midfielder has started the past two SSE Airtricity League Premier Division games for the Reds after his first appearances towards the tail end of 2021.

Gavin’s Grandfather, Theo Dunne, captained Shelbourne against FC Barcelona and is a fantastic young player continuing a brilliant tradition in his family.

Shelbourne FC, Head Coach, Damien Duff, said: “Gavin comes from a great bloodline of footballers, past and present and we are delighted he has decided to extend his stay with us. He has waited for his chance and grasped it with both hands. He is very technical, athletic and can play in numerous positions which is a real bonus. This environment will help him grow a lot more and we all look forward to seeing him progress.”

Gavin Molloy said: “I’m absolutely delighted to renew my contract and be on board for the 2023 season. It’s a special moment for me and my family as there’s a bit of history in my family with the club. I’m loving my football at the moment and the environment around the club is one I want to be a part of for the future.”