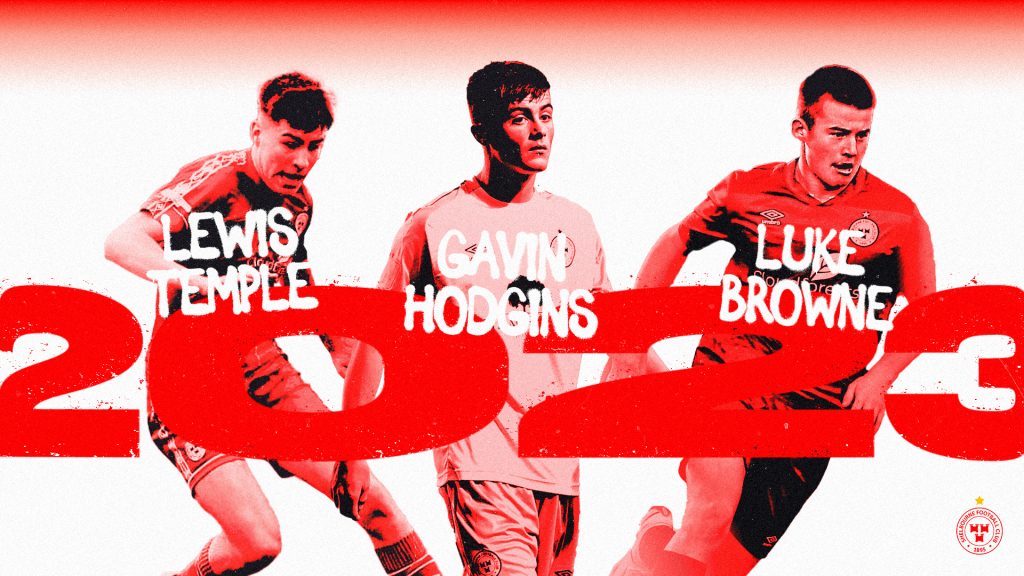 Shelbourne FC is pleased to announce the signing of three academy graduates, Gavin Hodgins, Lewis Temple and Luke Browne, to professional terms for 2023.

The Shels academy has delivered a proven pathway to the first team in recent years and the promotion of the trio is a testament to the work being done at underage level.

Darndale native Hodgins made 6 appearances for Damien Duff’s first team in 2022, having made his debut at just 16-years-old off the bench against Bohs in Dalymount in June 2022.

Lewis Temple played twice for the Reds in 2022, having made his debut in the 3-0 win over Bray Wanderers in the FAI Cup, the defender also made an appearance off the bench in the 4-0 win over Bonagee United.

Luke Browne overcame two ACL tears in recent years and made his senior debut in the final SSE Airtricity League game of the season against St Pats.

Damien Duff, Head Coach, Shelbourne FC said: “This club needs to be built on the academy so it gives me great pleasure to announce Lewis, Gavin and Luke signing their first professional contracts.

They are 3 players that have a lot of potential and we have high hopes for them.

They played a big part along with the rest of their peers in Shelbourne U17’s winning the academy’s first National League title last year. For the 3 boys, the real work starts now.”