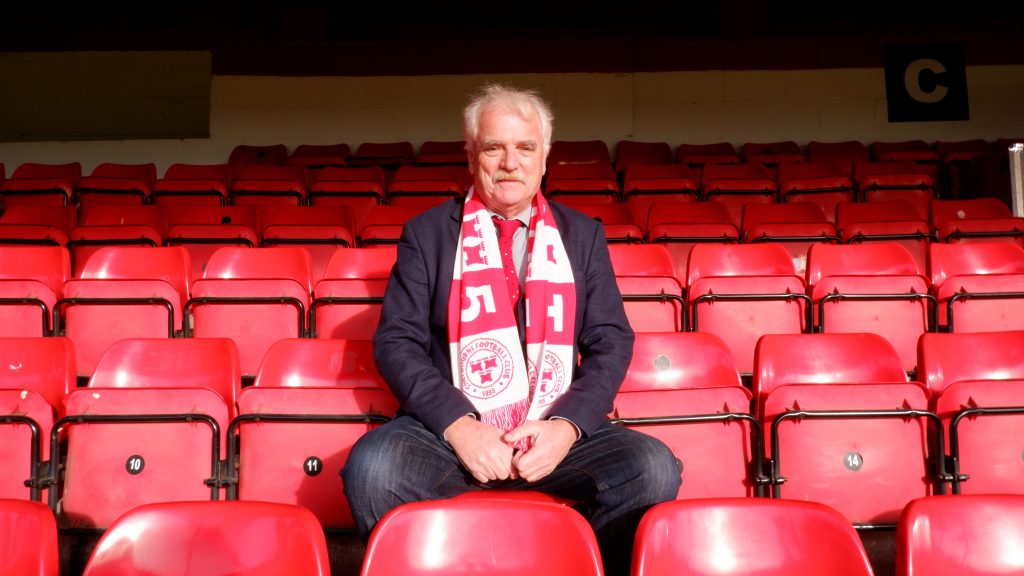 Shelbourne FC is delighted to announce former independent Government Minister and long-time Shels supporter Finian McGrath to its Board of Management as its Public Affairs and Inclusion Officer.

As a former Minister of State for Disability Issues, Finian joins the Board of Shelbourne with unrivalled experience in the field and will join with a number of areas of responsibility.

Finian will seek to liaise with Government and local authorities on the Club’s behalf and will work to make Shelbourne FC the most inclusive Club in Ireland.

Primary responsibilities will include establishing teams for players with special needs, an amputee team and a power chair team.

Finian has a long history working for the disadvantaged. Both he and his wife Anne worked as schoolteachers in the north inner city and Darndale respectively, at a time when Dublin was suffering with social problems, high unemployment and poverty.

As a founder member of the Irish National Teachers Organisation (I.N.T.O.) Credit Union, Finian has made a significant contribution to the teaching community.

Finian became involved with the Simon Community and campaigned against educational disadvantage, and was chairman of the Dublin branch of Down’s Syndrome Ireland.

He was persuaded to enter politics after electioneering and working closely with former Dublin Central Independent TD Tony Gregory.

Finian has a long track record campaigning on issues relating to the elderly, children, health, education, human rights, the arts and the peace process.

In particular, Finian has been a strong voice for people with disabilities, advocating for a change of mindset from a charity view of people to a human rights based approach.

Finian was Minister of Disability Issues from May 2016 until June 2020 and served in the 32nd Dáil. During that time, Finian was accountable for developing and articulating government policy on improving the lives of people with disabilities and their carers.

Shelbourne FC Chairman Andrew Doyle said: “It is a great pleasure and privilege to welcome former Government Minister Finian McGrath onto the Board of Management at Shelbourne Football Club. We are constantly looking to become an ever inclusive football club for all across society and I have no doubt that Finian’s appointment will go quite some way to making Shels the most inclusive Club in the country. Finian brings with him an unrivalled level of experience and Public Affairs expertise which will no doubt be of huge benefit to the Board of Shelbourne. I would like to wish Finian the best of luck in his new role.”

Shelbourne FC Public Affairs and Inclusion Officer Finian McGrath said: “I am absolutely thrilled and delighted to get more involved in our local football club. I’ve been a Shels fan for over twenty years and have many friends involved in the Club. During many hectic years in politics one of my escapes was going to Tolka Park to enjoy the matches. Friends Fintan and Mary Cassidy, and Karl and Maria Phillips were the ones who introduced me to the club and are great people. I was also a huge fan of the great Kevin Doherty. Shelbourne was always an inclusive and welcoming club. My objective is to make it a great and even more inclusive club that’s now back in the SSE Airtricity League Premier Division. Shels, since 1895, has a great history and I hope to play a small part in its future journey. Up The Reds.”