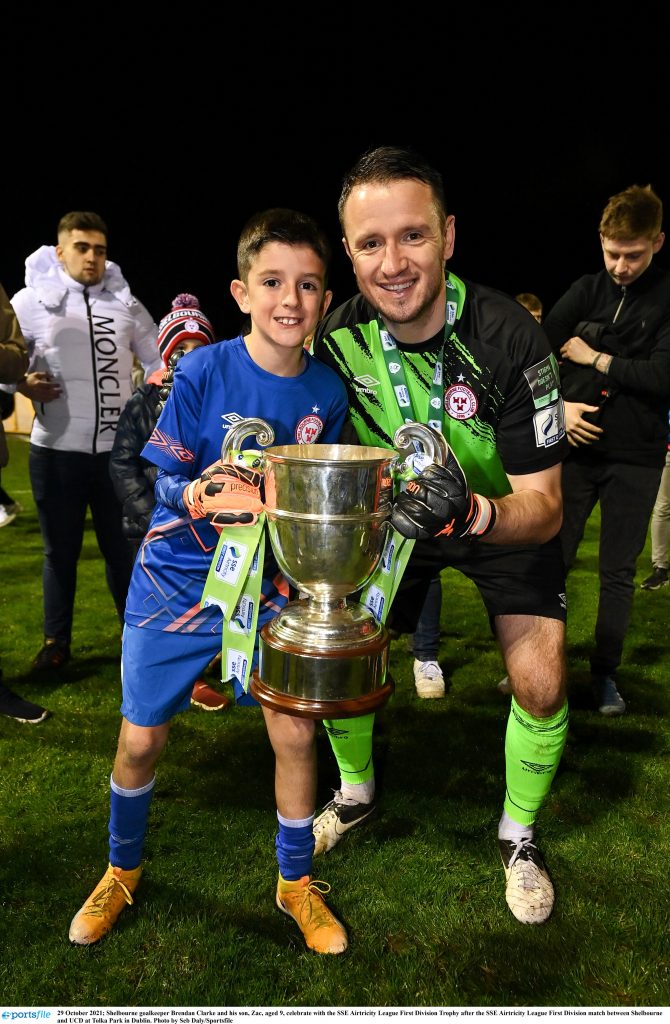 Clarke leaves the Reds after a successful two year spell at Tolka Park, having signed from St Patrick’s Athletic in 2021. The experienced shot stopper played a key role as Shelbourne won promotion to the Premier Division as champions after winning the First Division title.

The Dubliner established himself as first choice again early in the 2022 campaign, as the Reds finished 7th in the SSE Airtricity League and made it to the FAI Cup final.

Aaron O’Driscoll joined from Longford Town for the 2022 season, the defender made 25 appearances including 21 starts for the Reds.

Dan Carr departs the Reds having scored 4 goals in 31 appearances in the SSE Airtricity League and FAI Cup. Josh Giurgi signed in the summer of 2022, scored 1 goal and made 9 appearances for Shels.

Dan Hawkins’ season was cut short through injury, the winger played 5 games for Shels, scoring in a 2-0 win over Drogheda United at Head in the Game Park early in the campaign.

The club would like to thank Brendan, Aaron, Dan, Josh and Dan for their contribution to the Reds and wish them all the very best in their future endeavours.