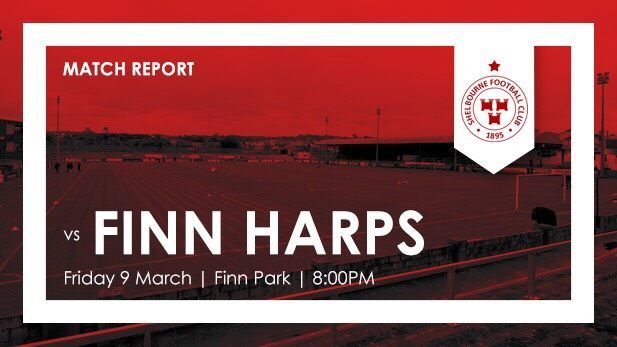 Shelbourne and Finn Harps shared the points in this game played a Finn Park.

The final 1-1 scoreline was probably fair for this keen competitive game played on a very difficult surface.

Michael O’Connor opened his account for the hosts early in the first half with David O’Sullivan equalising with his first of the season. Early days in the League yet with positions in the table chopping and changing.

Keith Cowan made his comeback to the side, his first game in over a year, and it was the defender to nearly opened the scoring for the hosts, using his head to try and convert from a Paddy McCourt corner.

16 minutes on the clock and Finn Harps took the lead. Mark Timlin tested his luck from range, his effort was parried by Dean Delany in the Shelbourne goal, right into the path of Michael O’Connor who took a touch before slotting home.

Shy of the 30-minute mark, Shelbourne were somehow not level. Dayle Rooney crossed the ball in from the left and David O’Sullivan blasted at goal from close range with Ciaran Gallagher making a fantastic save.

Gallagher went from Hero to Villian as Shelbourne equalized in the 42nd minute. Attempting to clear his lines, he slipped allowing O’Sullivan to tap home to level things up at the break. The second half saw little in the way of goalmouth action with neither keeper having their hands stung.

Both teams seemed to play down the clock and in the dying minutes, it was Finn Harps to came close to grabbing a winner with John O’Flynn hitting the crossbar from a close-range header.