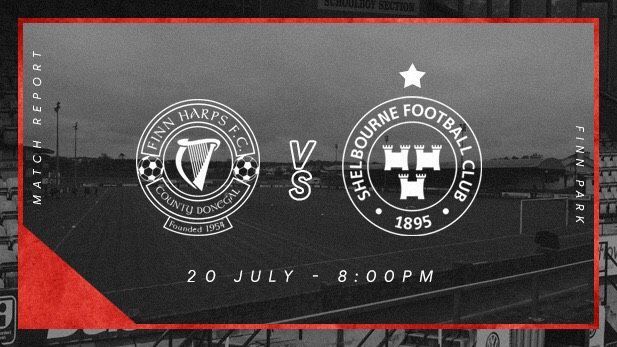 The top four in the table remains as it was before kick-off as Finn Harps stay in third and Shels in fourth after the sides played out a 0-0 at Finn Park.

Four clean sheets in a row for Harps will be music to their ears as well as the knowledge that they sit six points clear of Longford and Galway, with Shelbourne four points in front of the two sides.

Finn Harps and Shelbourne have now played their three fixtures against each other with all three ending level. The game started in a sluggish manner as neither side could get a rhythm to their play but that changed as both sides were keen to maintain a promotion push.

Shelbourne created the first clear-cut opportunity, Cian Kavanagh curled the ball in from the right side and it was pinpoint for David O&rsquo;Sullivan in the centre who headed his point-blank effort straight at Ciaran Gallagher.

Finn Harps first concrete effort was just shy of the half-hour mark, after a corner from the left, the ball fell to Jacob Borg on the right-hand side, he worked his way in slightly before an audacious effort which had Dean Delany backtracking to tip over the bar.

The best chance of the was only a few minutes later as Jesse Devers played a long ball over the top for Mikey Place to race onto. Place did just that and after his first touch had a pop at goal, Delaney got a slight touch as the ball looked to be bouncing into the net only for Aidan Collins to make a last-ditch clearance off the line as the game went into the break all-square.

The second half wasn&rsquo;t one that kept the fans on the edge of their seats as it saw little in the way of goalmouth action. Kavanagh had a close-range shot well blocked by Sam Todd and substitute Gavin Boyne had an effort on the right of the penalty area well saved by Gallagher at the near post.

Shels haven&rsquo;t won at Finn Park since 2011 and the game fizzled out and kept that statistic intact, although a late cross from Jesse Devers nearly changed that, but it nestled the top of the net rather than the inside.