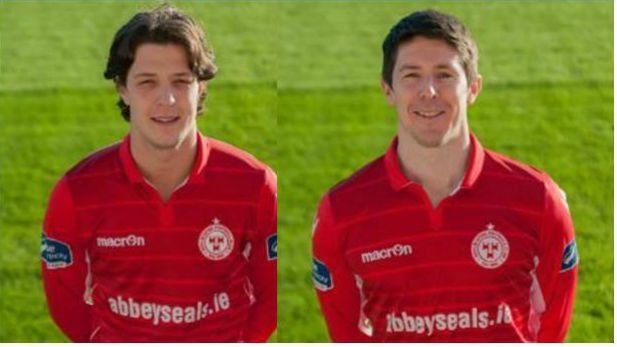 Manager Owen Heary has followed up the yesterday’s announcement of the first four signings for the 2018 season, with another two today.

Striker Adam Evans, who played in all 28 league games in the season just gone, together with four in the Leinster Senior Cup, one in the League Cup and 2 in the FAI Cup- scoring eight league goals and three LSC goals in the process, has agreed to re-join forthe 2018 season.

Defender, Aidan Collins, has also agreed a third season in this his second period with the club. Aido played in 13 league, 2 Leinster SC and 2 FAI Cup games during the 2017 season.