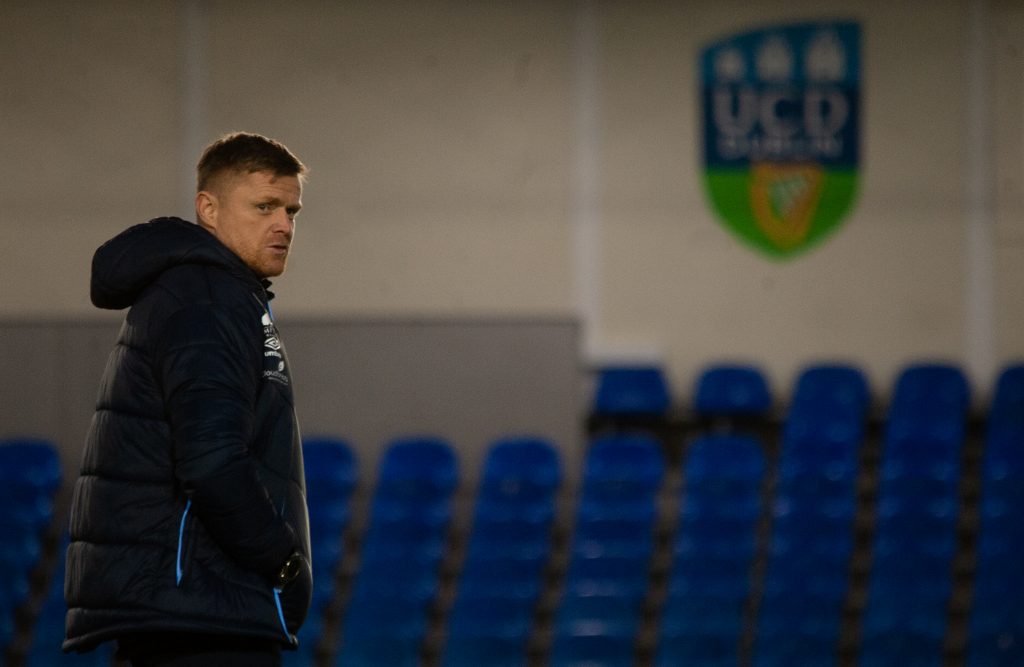 Shelbourne Head Coach Damien Duff has no fresh injury concerns ahead of the visit of UCD to Tolka Park on Monday night.

The Reds face a tight turnaround having played Derry City on Friday night. Jack Moylan marked his return to SSE Airtricity League action with the opening goal of the game in a 1-1 draw at the Ryan McBride Brandywell.

It was Moylan’s 5th goal in the league this year, his 8th overall. Reds boss Damien Duff told ShelbourneFC.ie that he was delighted to have the attacking midfielder back in action after a recent injury lay-off:

“It’s a great finish from Jack, I’m pleased he’s got more minutes under his belt. He still needs to get stronger and get back up to speed, I’m disappointed we conceded in the 83rd minute, otherwise the performance gives us lots of belief for 3 weeks time.”

Brian McManus also made an appearance after a spell out with a hamstring injury, Duff was delighted to see McManus and the fit again Mark Coyle get minutes into their legs: “You’d have to credit Brian McManus, difficult with injuries in and out, he’s got 70 minutes against Derry, Mark Coyle 60 minutes unscathed, there’s so many plusses again and we just have to dust ourselves down, UCD on Monday, that’s a big game.”

UCD are fighting for survival as the race to avoid the drop reaches the closing stages. Finn Harps remain rooted to the bottom of the SSE Airtricity League Premier Division table, with UCD having a narrow 2 point cushion over the Donegal side. As the Reds approach their penultimate home game of the season, Duff is pleased with the progress made:

“It speaks volumes how far the club the team has come, Rovers a couple of weeks ago of course we lost but devastated that we should have won the game and Friday night late doors, 10 minutes left we’re 1-0 up and looking to take three points so listen like I’ve said consistently all season, the team has grown and because of their application, because of how they work every day. I don’t think it’s rocket science at times, you work hard and you enjoy your football, you’re going to improve.”

On the challenge of facing UCD, Duff said: “It’s massive, we haven’t won in quite a long time in the league, again our performances, can you fault them? Not really. Yes we haven’t seen out our most recent game, but the lads have been told firmly what Monday means.”

Shels will be without Sean Boyd who is suspended while Matty Smith returns to contention having been unable to play last week against his parent club. Otherwise Duff has a full squad to choose from outside of long term absentees Conor Kane and Dan Hawkins.

Watch all the action on LOI TV, every Premier Division fixture is available to watch for €7. Commentary from Adam Leonard and 2019 First Division winning defender Derek Prendergast.