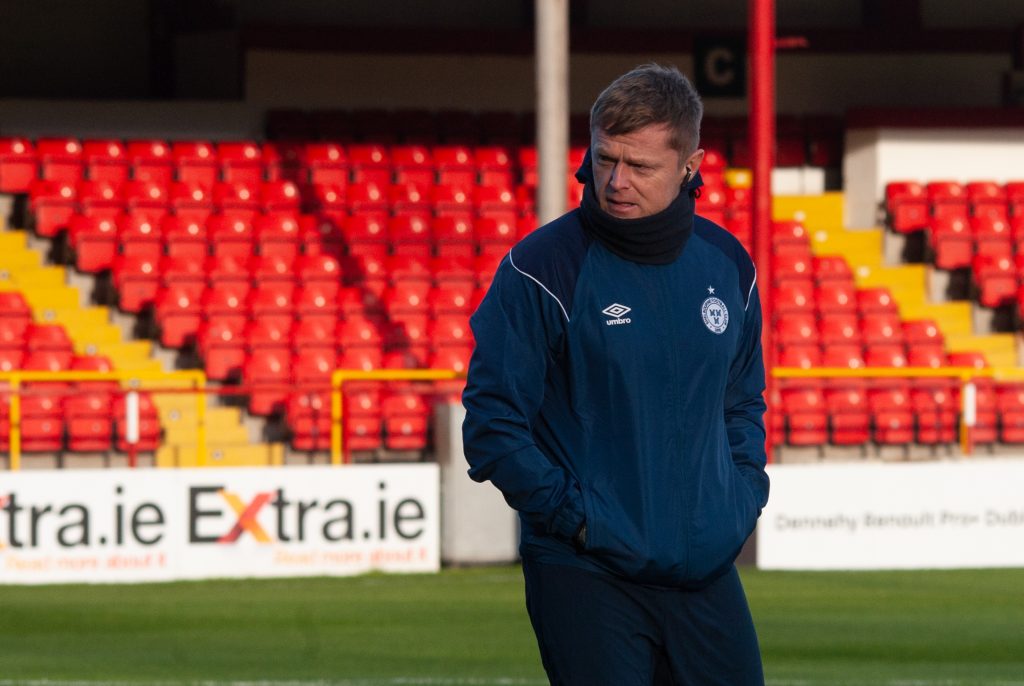 All eyes will be on Tolka Park on Sunday as Shelbourne take on bitter rivals Bohemian FC in the quarter-finals of the FAI Cup.

The Reds secured their spot in the quarter-finals having overcome Bray Wanderers and Bonagee United.

Luke Byrne and Kameron Ledwidge missed the last game, while Mark Coyle returned to action last week having come off the bench in the 2-0 loss to Sligo Rovers at Tolka Park. Head coach Damien Duff was delighted to see him return to the field.

Duff told Shelbournefc.ie: “We’re near on full strength, for the first time in a long time. Everyone except Conor Kane and Dan Hawkins. Aodh went off the last day, but he is fine, trained fully this week. He’s the kind of player who’d play with two broken legs. No issues with Aodh. We were glad to get Mark Coyle back, we still have to manage him.

“It’s one we’ll need to be patient with. Luke Byrne missed the last game, has trained this week though and we’re working from day to day with Luke to get him right, he’s a massive presence. We know how important he is, he’s doing everything possible to be ready. Kameron Ledwidge trained too, which is positive.”

Reflecting on the 2-0 loss to Sligo last Friday night, Duff says his players won’t find it difficult to refocus ahead of the next game: “You move on very quickly, especially with a game like this, an FAI Cup quarter-final, it’s bloody exciting, for the staff, for the players, for everyone at the club.”

The Reds face a Bohs side who lost 1-0 to Derry City in their last outing. This will be the fifth meeting between the sides this season. The Reds drew 1-1 at Dalymount and at Tolka, while also losing two of the matches. A 1-0 loss away back in June and a 4-1 defeat at home in April.

On the opponents Duff said: “The temporary manager has come in, not an awful lot has changed in the way they play and set-up. They’ll come out all guns blazing we know. They had a win against Rovers, that was a big one for them.

Duff is looking forward to the game: “It’s a big day for the club, I don’t remember the last real big game like this at Tolka, one with proper juices flowing. A big prize at stake, full house, sold out, it’s been a long time since we’ve had a game like this.

“We’ve had a good week’s training, the cup will always carry an emotional edge, but we’re treating it like a normal game. We know the consequences of winning, what might happen, where you might go. It’s a massive opportunity for us.”

Duff has been keen to point out how important the supporters have been to the team this year, but is eager now to turn the tables and see his team put in a big performance for the supporters: “They’ve been amazing all year, it’s a young team, and having supporters like that, vocal, encouraging, they give us such a lift at times when we need it and I think they sense when we need it. Now I want to see the players give the supporters that lift. It’s up to the players now.”

Treaty United and Waterford secured safe passage to the semi-final stage, but Duff is not looking beyond tomorrow: “Our sole aim is to beat Bohs, we haven’t spoken about the make-up of the semi-finals,” Duff added.