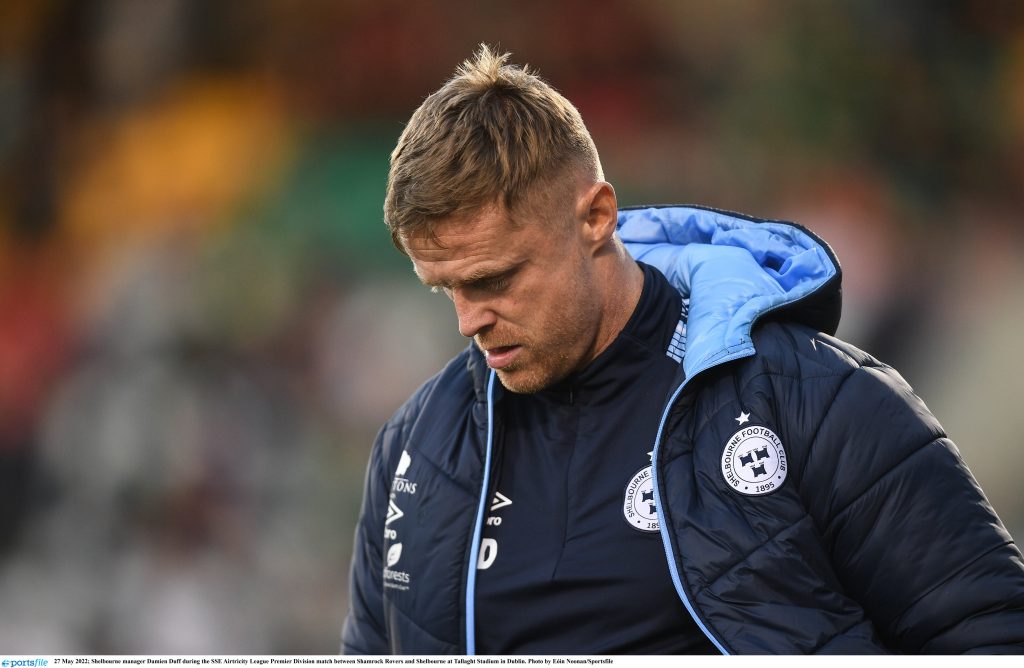 Shels boss Damien Duff says tomorrow’s trip to UCD is “an absolutely massive game” for his Shelbourne side.

The Reds travel to the UCD Bowl looking to follow up from an impressive 3-1 win over Finn Harps last time out in the SSE Airtricity League Premier Division.

Goals from Gavin Molloy and Jack Moylan saw Shels gain the three points but Duff has said tomorrow’s game “is as just important given where UCD are in the table.”

“The lads need to be on it from one minute. I was at the Bohs game UCD had and they should have beaten them – it was a strange game,” Duff told shelbournefc.ie.

“UCD has the freedom of young guys who can go out and express themselves and they smell blood now that they can stay up and what a story that would be so we’re absolutely not underestimating them,” he added.

Last week’s game at home to Shamrock Rovers was called off due to the Tallaght side’s European commitments but Shels played a competitive in-house friendly featuring all players.

Goals from Jack Moylan and Sean Boyd saw both teams draw 1-1 but Duff said the game served a great purpose in ensuring all players received their relevant minutes.

“We trained hard last week and the game on Friday was great so we’re prepared despite the two week break,” Duff added.

Shelbourne faced a bug in the camp this week, however, affecting a couple of players but Duff said the players are prepared to “put their bodies on the line” to play in a game of large significance.

“We’ll need the fans tomorrow for sure to help us get through with some of the team patched up but the guys are extremely committed and want to give everything for the Club,” he added.

Mark Coyle and Sean McSweeney picked up knocks during the week too so are doubtful to appear in tomorrow’s match in Dublin’s southside.

Shelbourne, meanwhile, will have no suspensions in the game against Andy Myler’s men who welcome back said Manager and Assistant Manager William O’Connor to the sideline after a suspension.

A large Shelbourne fanbase is expected for the crucial game, and it is advised that fans purchase their tickets early and online via the UCD club website to ensure their entry.

Shelbourne will also be able to select new signing Joshua Griugi who signed this week from Norwich City FC in the English Championship.