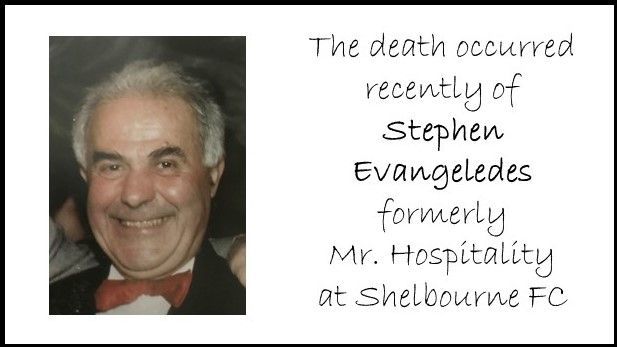 All at Shelbourne FC were saddened to hear of the recent death of Stephen Evangeledes, more commonly known around Tolka Park as &lsquo;Stephen the Greek&rsquo;.

Stephen was ever popular with Management, Staff and Supporters of the club, and indeed visiting clubs – always the efficient host, looking after hospitality on match nights at Tolka Park.

Everyone at the club would like to pass our sincere condolences to his family members and to his friends.

Stephen, who passed away in late July, was taken on his final journey to &ndash; and is buried in &ndash; his native Greece.

May He Rest in Peace.