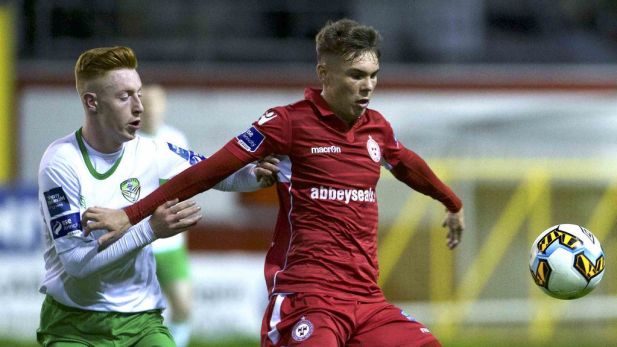 Dayle Rooney has re-signed for Shelbourne for the 2018 season.

Dayle joined Shelbourne’s Under 19s, managed by Martin Murray, in June 2015 from St. Kevins, who had just become League and LFA Cup winners for 2014/15.

He played for Shelbourne’s Under 19s for the 2015 nad 2016 season and was promoted to the Senior squad by manager Owen Heary for the 2017 season.

Having had a successful season in 2017 (21 League appearances, 2 goals; 4 Leinster Senior Cup appearances, 3 goals [incl one in the final]; 1 FAI Cup appearance), Shelbourne supporters will be delighted to have this talented player back at Tolka Park for the coming season.

(Image with thanks to extratime.ie)