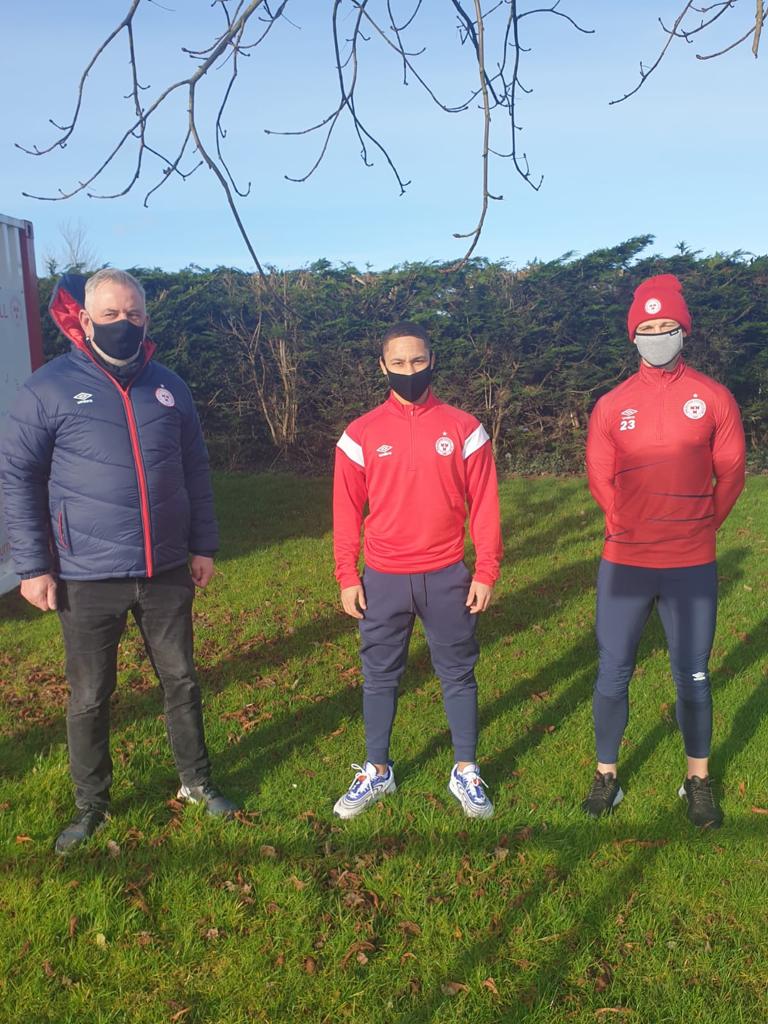 Shelbourne FC is delighted to announce that talented local teenager and Youth Academy player David Toure has signed a professional contract with the club.

The 16-year-old, who can play as a right-back or central midfielder, has played for all U15, U17 and U19 national league teams at the club.

Under the guidance of Shelbourne Head of Youth Development, Stephen Henderson and U17 League of Ireland Manager Damien Duff, David has greatly impressed throughout his time in the academy.

Shelbourne CEO David O’Connor said: “David is an outstanding young player and we are delighted to secure him on his first professional contract. He has benefited greatly from the coaching, guidance and support that he has received in our academy structures to date and with him being around our first team squad during the coming months, we have no doubt that he will continue to develop and thrive.”

Shelbourne U17 League of Ireland Manager Damien Duff said: “I am really pleased for David signing his first professional contract at 16 years of age. He has been a pleasure to work with the past 6 months. Everybody at the club has high hopes for him and now it is up to us coaches and David himself to make sure that he fulfills his potential. It also sends a message to other young footballers that Shelbourne FC can help players grow, improve and give them a pathway to professional football”

Shelbourne FC First Team Manager Ian Morris said: “The pathway is there for all our players to see. Huge credit to Stephen and all of David’s coaches. They have provided the environment and coaching for all of our young players to flourish. It is brilliant for me as the first team manager having players coming through from our underage set up.”

Shelbourne Head of Youth Development Stephen Henderson said: “Our Academy staff are delighted that our new structures are beginning to show dividends with the news that 16 year old David Toure has signed a professional contract with our senior team.

“David has shown huge potential since being signed by Paul Mcatee for our U15 League of Ireland team in 2019 from Stella Maris. His speed and athleticism were easily identified but his technical & tactical development has seen his overall game improve significantly especially since his move to our U17 LOI team where Damien, Luke and Lee have put much bigger demands on him which he has responded brilliantly to.

“The club and senior manager have sent a very strong positive  message to all our Academy players  with this signing. Personally I would like to thank everyone in our Academy for creating a fantastic learning environment for players like David to grow as a player and a person.”