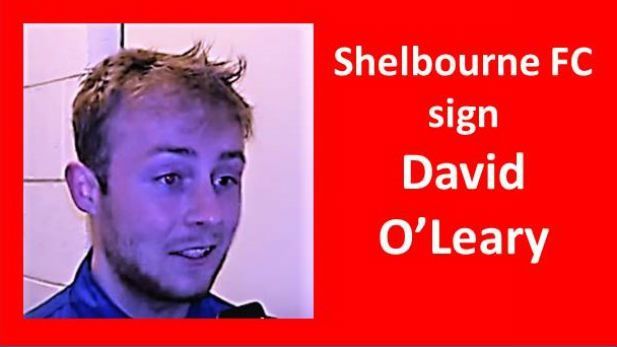 O&rsquo;Leary played his schoolboy football in Cork with College Corinthians and Avondale United. He was part of the Tralee Dynamos team that made it through to the quarter finals of the 2009 FAI Cup, where they were beaten by Bray Wanderers.

The following year he joined Limerick FC, then managed by Pat Scully. He made his debut for the Shannonsiders away to Cork City in July 2010. He made over 40 league appearances for ‘Lims&rsquo; in three seasons, scoring his first goal for them in 2012 against Wexford Youths as the side won the league and promotion to the Premier Division.

He then played Premier football for Limerick for the 2013 season under manager Stuart Taylor, making 28 appearances and scoring three times. David signed for Cork City for the 2014 season and made three starts in sixteen appearances for them as they finished the league in second place, behind Dundalk.

December 2014 saw O&rsquo;Leary sign for Galway United who were preparing for their first season in the Premier Division. Twenty nine appearances later and with a goal scored against St. Pats, he signed for Waterford United for the 2016 season. He scored three times in twenty five appearances, as United finished in fifth position in the division.